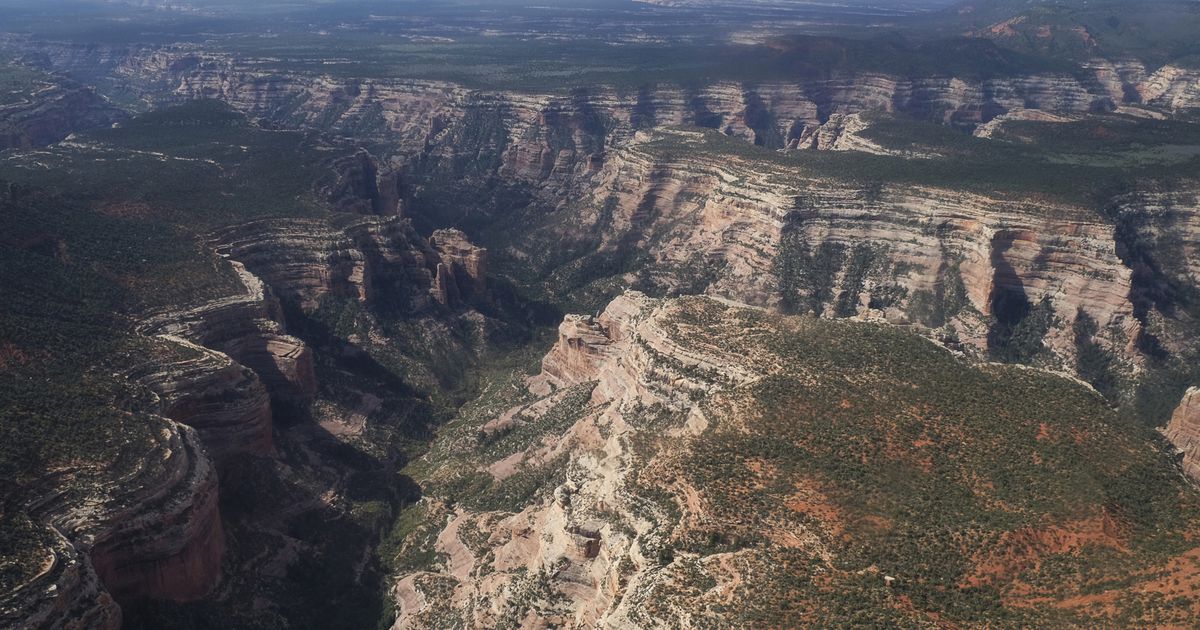 (Francisco Kjolseth | Salt Lake Tribune file photo via AP) This May 8, 2017, file photo shows Arch Canyon within Bears Ears National Monument. With Joe Biden’s capture of the White House comes the likelihood that Utah’s two big national monuments will be restored to their original boundaries, reopening yet another front in the West’s public lands wars.

A handful of Utah lawmakers are about to negotiate contracts potentially worth a combined $1 million with two vendors — including a New Orleans-based law firm that has previously lobbied for reduction of Bears Ears National Monument and promoted the state’s attempts to take control of federal public lands.

The state Legislature’s Federalism Commission on Wednesday voted to empower four Utah lawmakers to iron out and finalize the agreements with Sunrise Engineering and the Davillier Law Group in coming months.

The meeting provided virtually no information about what work these firms would perform. Lawmakers didn’t discuss the purpose of the proposed contracts, and the agenda simply stated that the commission is seeking “services for development of land management plans and for policy advocacy services.”
However, the commission last year began seeking consultants who could advocate for the state on federal public lands issues. That work would include lobbying the U.S. government to boost an annual payment to Utah for the value of its federal public land and efforts to expand “state management of land that is currently managed by the federal government.”
The legislative panel also put out a call for consultants to craft management plans for Utah’s public lands so state officials would have “greater and more appropriate input” into how the federal government handles these spaces.
These twin efforts arise from legislative resolutions passed in 2017 and 2019 asserting that state and local officials should have greater control over the use of Utah’s federally-held public lands.

The drafted contracts with Sunrise Engineering and Davillier were not available in the meeting materials posted to the Legislature’s website, and a commission attorney said a public records request for them would likely be denied because the documents haven’t been signed. Commission members were able to review the drafts before the meeting.

The federalism commission won’t meet again until after the 2021 legislative session, but lawmakers on the panel said they don’t want to wait that long to solidify the pair of agreements.

“I’d hate to see too much water run under the bridge on this, especially with the change in the federal administration,” said Rep. Carl Albrecht, R-Richfield.

To avoid delay, the lawmakers tasked the commission chairs — Fillmore and Rep. Keven Stratton, R-Orem — to work with Rep. Kay Christofferson and Sen. Ron Winterton on negotiating the contracts. The team’s job is to finalize the contract payment amounts and develop a 60-day scope of work with the two vendors.

Fillmore said the commission has up to $1 million at its disposal but doesn’t have to spend all of it on these two contracts.

Senate Minority Leader Karen Mayne joined her colleagues in entrusting the four commission members to work out the agreements but cautioned them against getting carried away.

“I would just be careful of the scope because companies come in with a bid, and that’s fine,” the West Valley City Democrat said. “But they’re going to offer, like, more products for that. They can broaden that. They can even cook dinner for you. … The scope can go anywhere.”.

The Davillier Law Group already has an extensive history within the state, having billed San Juan County nearly $500,000 to fight against the designation of Bears Ears National Monument and push for its reduction. Utah lawmakers also paid the firm hundreds of thousands of dollars to build a case for transferring federal public lands to the state. The Davillier lawyers in 2015 encouraged Utah officials to wage a legal battle against the federal government, estimating the suit would cost about $14 million.
And the firm’s spending habits have come under scrutiny — with itemized bills from its work in 2015 showing the state paid for lavish meals, first-class flights, bar tabs and stays in Salt Lake City’s finest hotels.
Also during Wednesday’s federalism commission meeting, lawmakers advanced a drafted bill that would define how the state should use any additional funds furnished by the federal government in recognition of Utah’s public land acreage. Utah officials have long argued that they deserve more from these reimbursements, called Payment in Lieu of Taxes (PILT).

Under the proposal, the state would distribute any new PILT revenue much as it does property taxes, Fillmore explained.

“And in this way, we open this up to school districts and cities, other special districts that currently don’t have a piece of this because it’s just distributed at the county level,” he said.