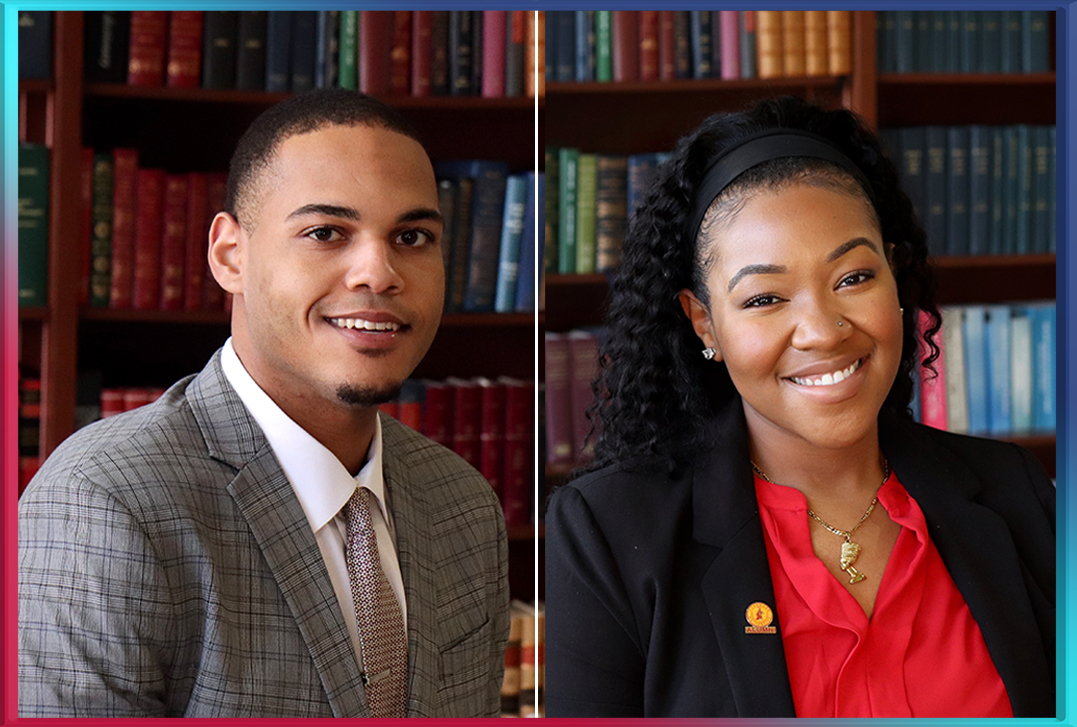 All those hours of trying to out-maneuver the other paid off at the competition when the two were matched up against attorneys and witnesses from other law schools in the state. Savory was awarded Best Attorney in the morning session and Lofton won Best Witness in the afternoon session.

“I had heard all the questions from practice that could catch me off guard,” Lofton says. “I could answer them and throw the other school’s attorney off.”

For Savory and Lofton, while happy to be honored, they were disappointed to not place as an overall team.

“We thought we put on two great trials,” Savory says. “I love the recognition, but I’d trade it for a first-place team award.”

The competition was part of the Advanced Trial Practice class at UDSL taught by expert litigators Bill Becker and Mark Chilson. The class takes students through all aspects of putting on a trial with the end goal of having students prepare a case for the Ohio Attorney General’s Mock Trial Competition.

“Mark and I were so proud of each student’s development as a litigator throughout the semester,” Becker says. “They faced intense competition and rose to the challenge, many with no prior trial experience. We couldn’t be more pleased with their performance. Hopefully we have encouraged and fostered careers in the courtroom and public service.”

Lofton and Savory say the class will have an impact on them long after law school.

“It was one of the best practical experiences you could get,” Lofton says. “They let us learn along the way and figure out our own methods.”

Adds Savory, “This was one of the best classes I’ve taken in law school. Our professors are great litigators, and they gave us a whole bunch of gems. They allowed us to spread our wings.”

For Lofton, litigating isn’t necessarily something she plans to do out of law school, but now she knows she can do it.

“I’m glad to have the experience that if I have to, I could take on a case and do a trial,” Lofton says. “I will be ready if the time comes.”

Savory, on the other hand, wants to make a career out of trial work.

“I know I want to litigate and be in front of a court and a jury,” Savory says. “I learned a lot of lessons in this class I’ll hold with me forever as a trial attorney.”