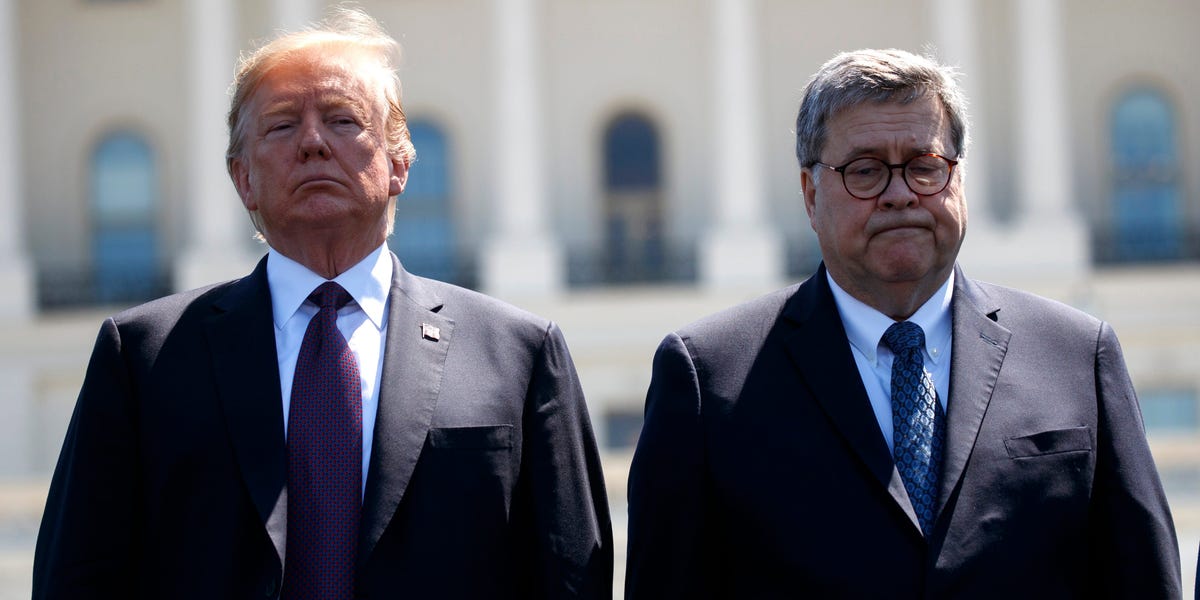 President Donald Trump declined to say on Thursday whether he still has confidence in Attorney General William Barr.

“Ask me that in a number of weeks from now,” the president told NBC’s Kristen Welker when she asked about his opinion of Barr.

Trump’s latest remarks about the embattled attorney general came amid multiple reports that he’s seriously considering ousting Barr. The president’s frustrations stem mainly from Barr’s inability to deliver on a politically-charged investigation into the origins of the FBI’s Russia probe before the general election.

Trump and his allies spent months hyping up the investigation, spearheaded by US attorney John Durham, and said it would yield proof that the Obama administration and senior FBI and DOJ officials illegally launched the Russia investigation to undermine Trump’s presidency.

So far, the Durham probe has resulted in one former FBI lawyer pleading guilty to making false statements, but it has not uncovered evidence of a broad conspiracy as the president and his associates have alleged. Barr told Republican senators in September that the inquiry would not be finished in time for Durham to issue a public report of his findings before the November election.

The news is said to have upset Trump, who was banking on a damning public report to bolster his standing in pre-election polls.

Barr again inflamed Trump’s anger when he told the Associated Press in an interview this week that the DOJ and FBI do not have evidence that there was widespread voter fraud in the 2020 election.

“To date, we have not seen fraud on a scale that could have effected a different outcome in the election,” Barr said.

The revelation directly contradicted the Trump legal team’s claim of nationwide voter fraud and election-rigging that voided the outcome of the race.

ABC News reported that after Barr’s interview was published, he and Trump had an “intense” meeting at the White House. Hours after the attorney general left the meeting, the DOJ released a statement softening his statements in the AP interview.

As Business Insider has previously reported, the 2020 election was the safest and most secure in US history because of the use of paper ballots and voting machines with verifiable paper trails. But Trump continued to insist on Thursday that the race was plagued by fraud and electoral malfeasance.

“They should be looking at all of this fraud,” Trump said on Thursday. “This is not civil. He thought it was civil. This is criminal stuff.”

However, Trump’s statements appear to contradict his own campaign’s legal efforts, which are being pursued in civil, not criminal court.

So far, the campaign and Republican officials have filed more than two dozen legal challenges in states across the country and have not won a single case. The six battleground states that decided the election also certified their results as of this week, cementing President-elect Joe Biden’s victory.