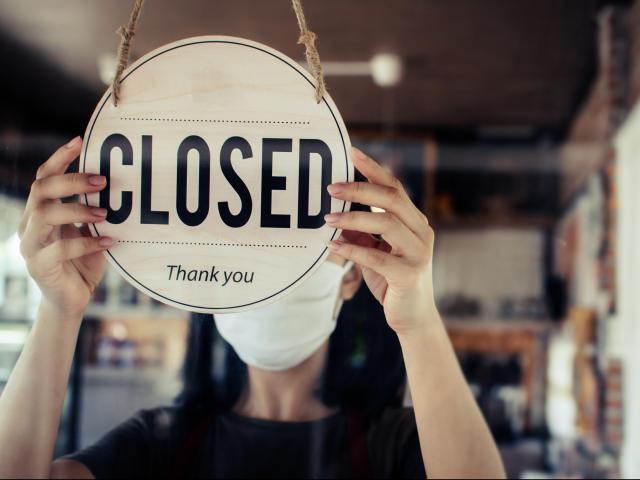 This article was written for our sponsor, Paynter Law Firm.

While many aspects of life have been disrupted by COVID-19, few industries have been hit as hard as hospitality. Restaurants, bars, and breweries have been forced to close to varying degrees and — while done with the safety of the public in mind — those who work in the industry have faced plummeting incomes and mass furloughs and lay-offs.

At the beginning of the pandemic, many restaurant owners hoped their insurance would offer an avenue to compensation, but most reported mass denials of their claims. Still, those determined to do what they could to keep their business afloat continued to fight.

And for one group of Triangle-area restaurant owners, that fight has turned out a surprising verdict.

Matt Kelly, Giorgios Bakatsias, Laszlo Lukacsi and Jay Mehdian — who own 16 restaurants primarily in the Triangle — enlisted the help of Paynter Law Firm in order to pursue their claim.

“Governmental entities across North Carolina have entered orders requiring the restaurants to cease their operations, or to limit operations to take-out and delivery only. These restaurants have been paying premiums to their insurance company for years to the tune of tens of thousands of dollars for what’s called business interruption insurance, but their claim was denied,” said Gagan Gupta, an attorney at Paynter Law. “We filed a lawsuit on behalf of the restaurants seeking coverage for losses due to the government orders, and the judge ruled in favor of our clients, finding that the insurance company must pay. Ours is the first final judgment in the country, a landmark victory in this ongoing national battle.”

While the case is the first to have a final ruling, it’s far from the only lawsuit filed seeking insurance coverage.

In fact, there have been thousands of COVID business interruption cases filed across the country, but only around fifty of them have even been ruled on. Out of those, the vast majority have ruled in favor of insurance companies, with just two rulings in favor of the policyholder — although those rulings were procedural in nature and didn’t lead to winning a final judgment.

While each state has different laws around insurance policy interpretations, this case could set an important precedent in North Carolina at the least.

“There are two key things coming out of this ruling: one is that the insurance company has to pay — the judge wrote a detailed and well-reasoned opinion explaining that the insurance policy requires coverage for business interruption due to the government shutdowns,” said Gupta. “Number two is we’re the first case in the country to win such a final judgment. It’s great news for the restaurants and great news for North Carolina.”

And the news couldn’t have been any more welcome. For restauranteurs like Kelly, the pains of the shutdown have been sorely felt. Across the country, he’s seen people forced to shut down their restaurants or constantly worry about how they’ll make ends meet, and those in the Triangle are no exception.

“It’s just an unfortunate situation for everyone, and some people have felt the pain a little bit greater than others. I have one restaurant I’m trying to keep open, but I’ve closed a restaurant already, and my partner has had to close a few, too. It’s painful and it’s challenging,” said Kelly. “I do think this is one step in the right direction, and I’m hopeful to see where it goes.”

While Kelly didn’t initially think to pursue his case, encouragement from Gupta has led to a promising result. Now, Gupta hopes others in a similar situation to Kelly will have their policy reviewed by a professional. If the language in their policy covers business interruption, they may also have an avenue to compensation.

“Business interruption insurance policies provide coverage for ‘physical loss or physical damage’ to property. This is the key phrase. The insurance industry’s position at the hearing and across the country is that ‘physical loss or physical damage’ requires some kind of structural alteration to property from something like an earthquake, fire, or tornado,” said Gupta. “A core tenant of insurance policy interpretation, however, is that the court must give every word meaning and effect. The word ‘damage’ can be reasonably read as requiring structural alteration to property, but then ‘loss’ must mean something different. Our position is that ‘physical loss’ must mean whenever you lose the use of or access to your business property — that’s clearly a physical loss.”

Since there’s no sort of precedent for the ruling, the case could be appealed by the insurance company. While these insurance companies may argue that there is no basis for coverage, these cases are still very much in the early stages, so no consensus has been reached or precedent set.

In other words, small-to-medium-sized businesses shouldn’t rule out their options.

“It’s definitely given me some hope, and that hope goes beyond just my situation. We were fortunate to be introduced to someone, someone with the right skillset and someone we believed in, who said they were going to fight for us and had conviction,” said Kelly. “I think this lets people who are scared or don’t know what to do know that if they do have these premiums and policies, this can really help you.”

This article was written for our sponsor, Paynter Law Firm.