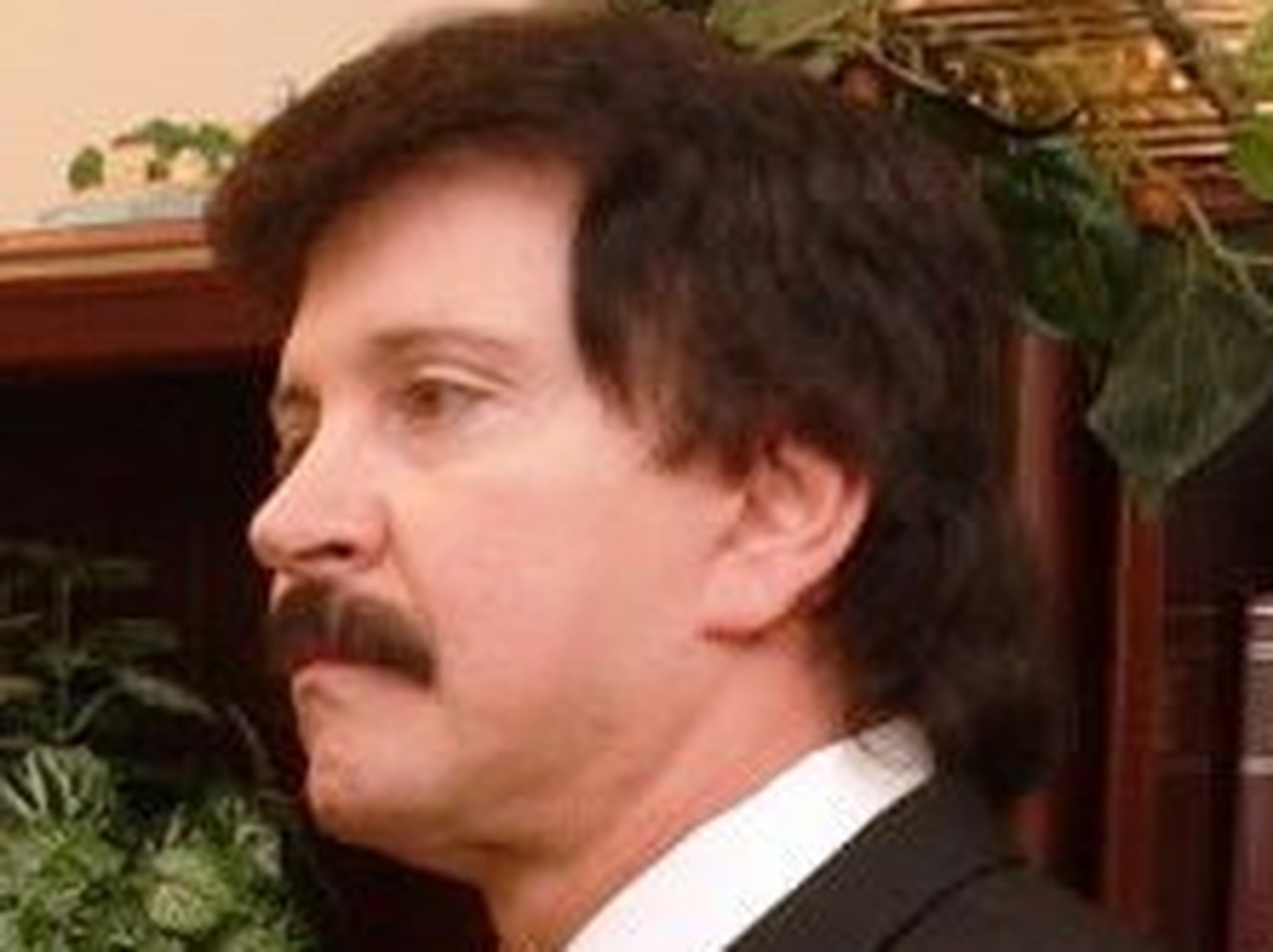 The 66-year-old Salvagio died Friday after feeling ill for a couple of weeks. His wife, Gina, found him unresponsive and was coached through CPR by a Vestavia Hills police dispatcher until paramedics arrived but it was too late. In addition to his wife, he is survived by his 13-year-old son, Sal, and 16-year-old daughter Gabriela.

Salvagio represented many notorious clients over his decades long career. Some of his notable cases include the trial of Charleston Wells, a then-teenage defendant charged with the slaying of Iraqi war veteran Mike Gilotti outside his Hoover home in January 2016. Wells, who prosecutors claimed was the triggerman, was acquitted on the murder charge. Well-known attorney Tom Mesereau, of Los Angeles, also represented Wells with Salvagio. Mesereau also represented pop star Michael Jackson and asked Salvagio to join him on that case, but Salvagio did not want to be away from his wife and children for the five-month case.

Salvagio also at one point represented Erron Brown, who was accused of shooting a teenager inside the Riverchase Galleria mall on Thanksgiving night 2018. Authorities said after Brown fired the shot, Hoover police fatally shot Emantic “E.J.” Bradford, mistakenly believing he was the one who gunned down the other teen in the mall. Bradford’s death sparked months of protests throughout the cities of Birmingham and Hoover. Salvagio later removed himself from the case.

Another of the late attorney’s notable cases was one of Patrick Johnson, who was convicted in the shooting death of an off-duty Birmingham police officer and was eventually sentenced to life in prison.

Newspaper clippings of these cases and others lined the walls of Salvagio’s downtown Birmingham law office.

Salvagio’s life was a rags-to-riches tale. He grew up in western Birmingham and eventually was kicked out of high school. He worked as a bag boy at Bruno’s Supermarket, a vacuum cleaner salesman and a disc jockey. Ultimately, he would get his GED, and then go on to put himself through college. He took the SAT and was accepted in Harvard. “He said, ‘Gina, look at my (acceptance) letter but I cannot go. I’ve got to work and support myself. I don’t have family,’’’ his wife said. “He grew up poor in his words.”

Salvagio worked and paid his own way through Birmingham-Southern College where he graduated with a degree in business and finance. He also worked as a computer systems analyst for Jefferson County. In the early 90s, Salvagio decided he wanted to become a lawyer.

“When we were dating, he said, ‘I think I want to go into law’ and I said, ‘Well you have the gift of gab,’’’ Gina said. “He was a reader at our church. I didn’t know him then, but he was a great orator.”

The couple married in 1991 and Salvagio began to take night classes at the Birmingham School of Law. “He said a lot of prominent judges had gone through there,’’ she said.

Cox met Salvagio at Birmingham School of Law in 1992. “I considered him my best friend. We went through law school together,’’ Cox said. “He had a passion early on for criminal defense, even before he took the bar exam. That’s what he wanted to do.”

Gina said that passion stemmed from his background. “He said, ‘I think my forte is going to be criminal law’ and I said, ‘Are you sure?’ I didn’t know what that paid or anything,” she said. “He said, ‘Trust me. I can relate. I grew up on the streets, my family is poor, I can relate to my clients and that’s what I want to do.’’’

Salvagio quit his county government job and immersed himself in law. “He said, ‘I can make my name known and I’m going to jump in it with both feet,’’’ his wife said. “And that’s what he did.”

In his spare time, he would attend trials just watch how it was done. During the rare breaks he could take while studying for the bar exam, he closely watched the O.J. Simpson trial. “He thought that team was something else and that really pushed him, too,’’ his wife said. “He tells everybody that. That pushed him even more into criminal work.”

Salvagio graduated law school and passed the bar in 1996. Cox said Salvagio knocked the bar exam out of the park, scoring at least 30 points higher than was he needed to pass. “Charlie was incredibly smart, book-wise and street-wise,’’ Cox said.

Early in his career, he decided to put his picture on a billboard on Interstate 59/20 near Arkadelphia Road. “That was a time when no one had billboards or commercials for law. He had to get it approved by the bar,’’ Gina said. “I can’t remember what it said, but he could have quoted it word for word today.”

“If I could brag on him, I think he’s the pioneer that started all these commercials and billboards,” she said. “He kept it simple because he said he didn’t want to cause wrecks on the highway.”

Both Gina and Cox said Salvagio was passionate about his work. “He’d fight for you,’’ Gina said. “He said, ‘I’ll go to jail for my clients if I know I’m right,’ and you know he did got to jail on something that was very disturbing, uncalled for.’’

In 2017, Salvagio was held in contempt of court after speaking to several witnesses he was told not to contact. He was one of the attorneys representing Steven Petric during his capital murder trial which resulted in his conviction and death sentence. Petric filed a Rule 32 petition for postconviction relief alleging ineffective trial counsel. In 2018, the appeals court judgement reversed Salvagio’s contempt charge and ordered a new trial with a new judge. That new trial never took place.

“He wanted to tell his story about that, but his legal advisers told him to leave it alone, that it was being taken care of,’’ his wife said.

Salvagio, his wife said, was devoted to his clients. “If he believed in you, he would represent you,’’ she said. “If he didn’t, he wouldn’t take the case. He was very up front with his client.”

Salvagio was an animal lover. “He would not take a child or animal abuse case,’’ his wife said. In fact, he turned down the case last year involving the abduction and murder of Kamille “Cupcake” McKinney.

He loved major league baseball, even more than college football. He had a tight-knit group of friends and had a list he called almost every night on schedule. “He had a heart bigger than the Frank Nelson Building,’’ Cox said. “He was generous and kind.”

“He was successful,’’ Cox said “I think some people resented that but most everybody who knew Charlie liked him – 99 percent. There were some who resented his success.”

Salvagio was a devout Catholic, so much so that without fail, he always made the sign of the cross whenever he passed a church or an ambulance with its lights on. He wanted to write a book about his career and a reality show on him was at one point in the works.

Mesereau said he and Salvagio worked together for more than 20 years. “We immediately became best friends,” he said. “We’ve been handling murder cases in the Deep South for over 22 years.”

“I’m absolutely devastated. I’ve lost my best friend,” Mesereau said. “He was a great father, a great husband, a great person, a great friend and a great trial lawyer. I’m in a total state of shock.”

“He was a very unique individual. He came from very humble beginnings and achieved greatness in many different ways, and he was smart enough and wise enough to appreciate all of his blessings,” Mesereau said. “He loved his family more than anything else and felt God had blessed him throughout his life. There will never be anyone like him.”

Gina said her husband had not been feeling well for several weeks. He had been tested for COVID-19 and it was negative. Still, she said, he refused to go to the doctor and said all he needed was some rest. She and their daughter left home Friday to run an errand and returned to find him unconscious. An autopsy is being performed to determine why he died.

“The silver lining is he was at home, in the room he liked to wind down in,’’ she said. “We lived a colorful life in a colorful world. I wouldn’t take anything for it or do anything different.”