Pro-Trump lawyer L. Lin Wood said he wanted Georgia Governor Brian Kemp to be locked up on Wednesday night as he told a rally of locals to circle the Republican state leader’s home and blare their horns until he came outside.


Appearing beside the former Trump campaign lawyer Sidney Powell, and not speaking for the president’s re-election campaign in an official capacity, Wood made baseless claims about mass voter fraud in Georgia as he urged Governor Kemp to call a meeting of the state legislature.

States That Flipped Republican Or Democrat In The 2020 Election: Highlights

Florida attorney Bill Price is under investigation after he encouraged Republicans in the state to register to vote in Georgia for the crucial Senate run-off elections even though they don’t live there.

© Marcus Ingram/Getty Images for MoveOn
Rallygoers in Freedom Park deliver the “Count Every Vote” message in the wake of the presidential election results on November 07, 2020 in Atlanta, Georgia. Senate run-offs will take place in the state on January 5.


Price made the remarks in a Facebook Live video on November 7 that was subsequently deleted. According to a report by Channel 2 investigative reporter Nicole Carr, Price made the comments just half an hour after the presidential election was called for former Vice President Joe Biden.

Runoff Elections Explained: How Georgia Will Determine Who Controls The Senate

Both Republicans and Democrats agree why the Jan. 5 runoffs for Georgia’s two U.S. Senate seats are important. But there is far less agreement on how they will be important, with considerable exaggeration from both sides.

Republicans have a 50-48 lead in the new Senate, which means they need to win at least one of the two Georgia races to keep their majority. By contrast, Democrats need both to take control, with Vice President-elect Kamala Harris then able to cast the deciding vote to break 50-50 ties.

Maintenance of a GOP majority would at the very least make life difficult for President-elect Joe Biden by giving Majority Leader Mitch McConnell the power to block the new president’s proposals and nominees.

Some Republicans are already saying they may refuse to give even a confirmation hearing to Neera Tanden, Biden’s choice to head the Office of Management and Budget. Biden’s judicial nominees

The order, issued by the Centers for Disease Control and Prevention (CDC), bans evictions through Dec. 31 for renters making no more than $99,000 this year, or up to $198,000 for couples.

A judge handling an election-fraud lawsuit brought by allies of President Donald Trump said the case was backed by “precious little proof,” but went on to issue a restraining order aimed at blocking three Georgia counties from making any changes to their voting machines as he considers whether to permit a forensic examination of those systems, according to court records.


U.S. District Court Judge Timothy Batten Sr. made the comments during an hour-long Sunday night court hearing on a lawsuit filed last week by Sidney Powell, a firebrand attorney who briefly joined Trump’s legal team in recent weeks before being dismissed from it.

More than 940,000 mail-in ballots have been requested in Georgia for the Jan. 5 runoff election that will decide which party controls the Senate, Gabriel Sterling, the state’s voting systems implementation manager, said Monday.That includes 604,255 people who are eligible to receive mail-in ballots automatically, according to Sterling. For comparison, 1,322,529 absentee ballots were cast in November’s general election, according to a release from the Georgia Secretary of State’s office.Sterling said that 1,040 ballots have been returned so far, a “small trickle that we except to get larger soon.”Georgia voters are required to request absentee ballots again for the runoff, even if they voted absentee in November, except those over the age of 65, members of the military or physically disabled people who requested absentee ballots for the entire election cycle.Republicans are struggling to encourage voters to back incumbent Republican Sens. Kelly Loeffler and David Perdue as President Donald Trump … Read More

Georgia Secretary of State Brad Raffensperger on Monday said his office is investigating more than 250 claims of voting irregularities connected with the November election.

Speaking to reporters from the state Capitol Monday, Raffensperger said his office is investigating any credible claims that groups are working to register ineligible people to vote ahead of a high-profile runoff election for Georgia’s two U.S. Senate seats. He said his office’s 23 investigators are also continuing to look into allegations of problems with absentee ballots, as well as claims of people who voted twice, people who cast a ballot in a dead person’s name, and non-residents who voted in Georgia.

Gabriel Sterling, a top official in Raffensperger’s office, said more than 250 cases have been opened, but there has been nothing so far that 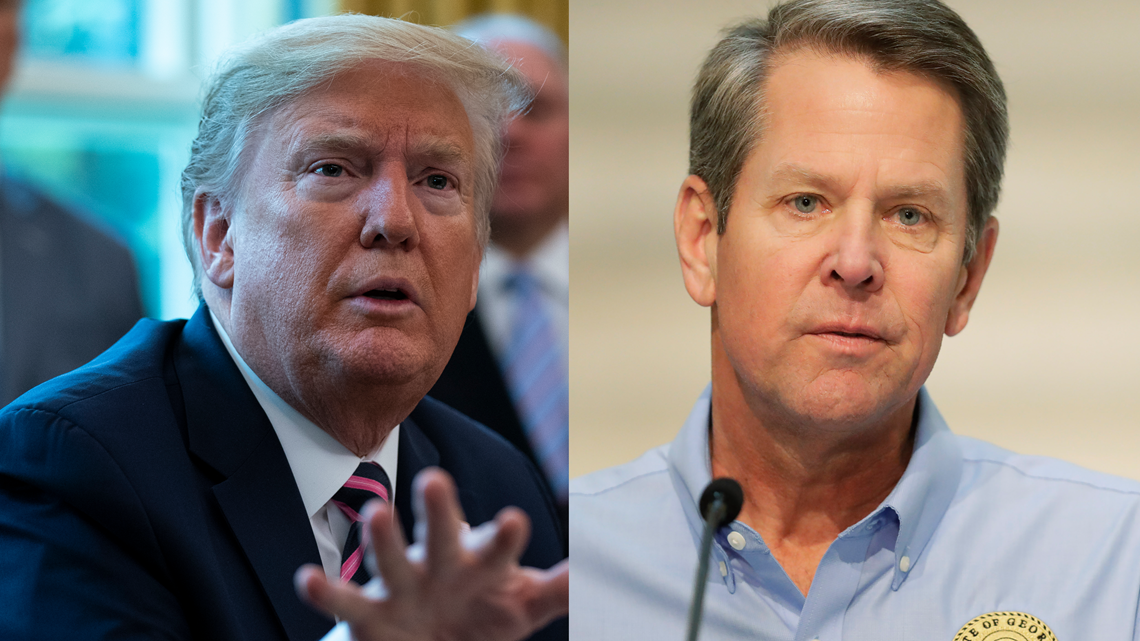 The Georgia governor said the Secretary of State “has oversight over elections that cannot be overridden by executive order.”

ATLANTA — A day after going on national television to say he was “ashamed” he endorsed Georgia Gov. Brian Kemp, President Donald Trump took to Twitter to say “the hapless Governor of Georgia” should use his “emergency powers” in the election that went Joe Biden’s way.

He said in the Tweet that it “can be easily done, to overrule his obstinate Secretary of State, and do a match of signatures on envelopes.”

Meanwhile, Kemp’s office said otherwise. In a statement to 11Alive, his office said “Georgia law prohibits the Governor from interfering in elections.”

“The Secretary of State, who is an elected constitutional officer, has oversight over elections that cannot be overridden by executive order,” the statement went on to say.

Why won’t Governor @BrianKempGA, the hapless Governor of Georgia,

Georgia officials on Monday responded to a barrage of attacks by President Trump by saying they would continue to “follow the law” on counting votes and certifying the election results, which show a narrow win by President-elect Joe Biden.

Trump has asked Gov. Brian Kemp to intervene and overrule his secretary of state, who has maintained that the election in the state was conducted honestly.

“Georgia law prohibits the governor from interfering in elections,” a spokesman for Kemp said in a statement. “The Secretary of State, who is an elected constitutional officer, has oversight over elections that cannot be overridden by executive order.

“As the governor has said repeatedly, he will continue to follow the law and encourage the Secretary of State to take reasonable steps — including a sample audit of signatures — to restore trust and address serious issues that have been raised,” the spokesman added.