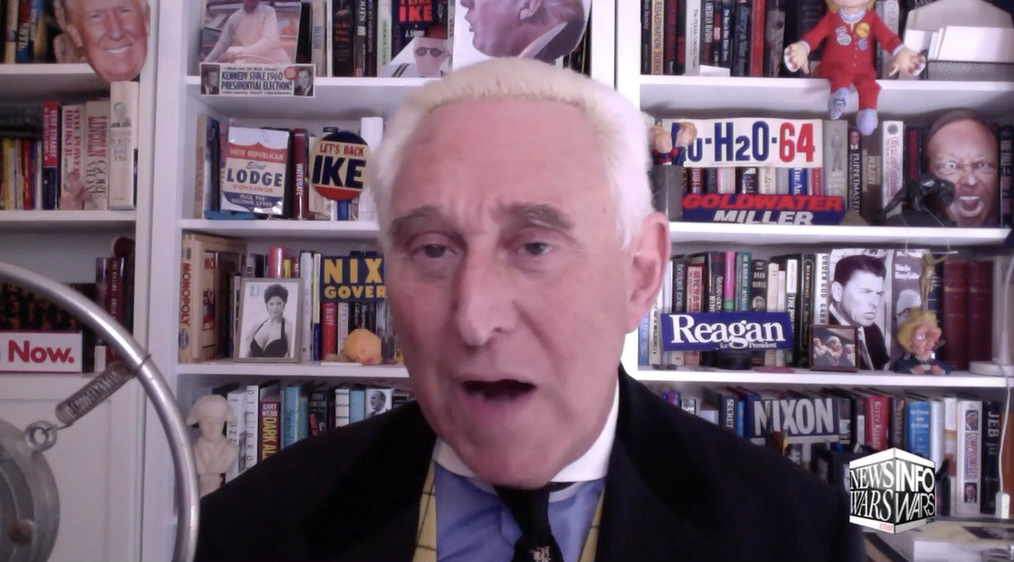 I just learned of absolute incontrovertible evidence of North Korean boats delivering ballots through a harbor in Maine, the state of Maine. If this checks out, if law enforcement looked into that and it turned out to be true, it would be proof of foreign involvement in the election. We already have enough if it is borne out that our voter data bounced from Germany and halfway around Europe before ending up in the United States, I think that would pass that legal test. The president does have specific authority where there are instances of foreign attempts to affect our country. I believe it’s 2-0-1-8 — I’m not sure of the executive order.

ALEX JONES (HOST): But you’re absolutely right. What about this news? I hired a great security firm. I got contacted by the White House three weeks ago. They said please look into Dominion [Voting Systems], and [George] Soros, and China, and look into this. Obviously they had classified info, they wanted me to look into it. And I did. We conclusively proved with the SEC filings that firm that owns Dominion Voting Systems, Smartmatic, is another group but this is Staple Street, firm that owns Dominion Voting Systems received $400 million from Swiss bank account fund 75% owned by the Communist Chinese government itself.