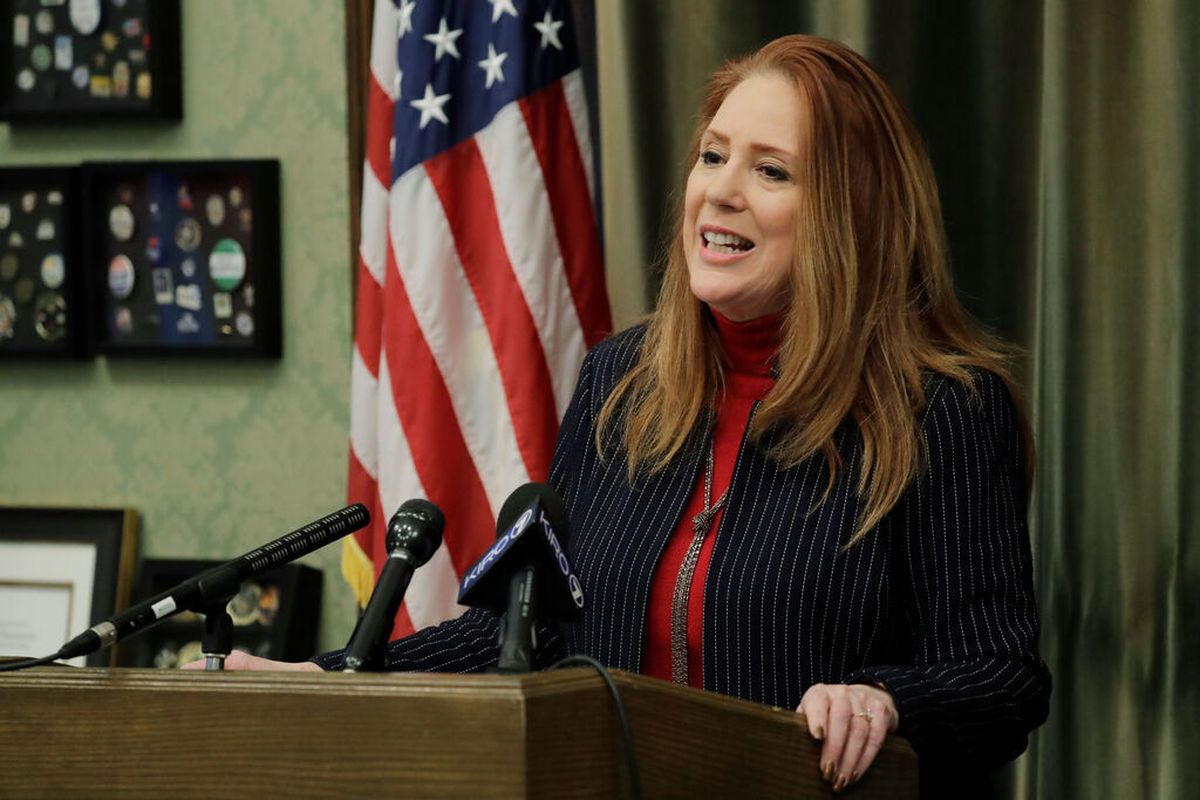 Failed Republican gubernatorial candidate Loren Culp and his campaign have raised allegations of corruption on social media platforms, questioning if the ballots of people who died before the election were marked and returned by others or if people issued drivers licenses prior to the election were registered even though they weren’t citizens or state residents.

“There’s some things that don’t add up,” Culp said in one of his weekly chats on Facebook, adding his campaign is seeking contributions as it asks for recounts in some counties and precincts. “If our elections don’t have any integrity, they don’t matter.”

Neither Culp nor his campaign manager have contacted her office, Wyman said, making it hard to respond to vague accusations. But the 2020 election was the best she’s seen in some 30 years of managing elections, she added.

Although county elections officials regularly check the voter rolls against a list from the Social Security office of deceased state residents and remove those who die,  there are always some people who die in the weeks before Election Day who are sent a ballot, she said. If family members or someone else marks and returns that ballot for a deceased person, they can be prosecuted for a felony.

A person who is alive when the ballot arrives, marks and returns it but dies before Election Day has legally voted, Wyman added.

The federal Motor Voter Law requires the state to ask anyone 18 or over if they want to register to vote when obtaining or renewing a driver’s license, she said. But it’s a felony for someone who’s ineligible to register.

Nearly 10,000 people registered to vote on Election Day at county offices. When that happens, a person without a Washington driver’s license, state ID or the last four digits of their Social Security number can prove a residence with a utility bill in their name and register to vote. But those newly registered voters are given provisional ballots that aren’t counted until their identity is verified, Wyman said.

Although Culp is calling for audits of the election, Wyman said all 39 counties have conducted audits of random precincts in the weeks after election and no major problems were reported.

As for Culp’s request for recounts in certain counties and precincts, Wyman said anyone can do that with a down payment of 25 cents per ballot to be counted and a promise to pay the full cost if the results don’t change.

If the recount changes the result of the race, they get their down payment back and aren’t billed for the rest, Wyman said. But that means a change of the outcome of the race, not just a change of a few votes, or even a few hundred.

In Culp’s case, there would have to be a change of nearly 550,000 votes statewide, the margin by which he lost the governor’s race to Inslee.

A request for a recount in a statewide race has to be filed with the secretary of state’s office and “I have yet to see anything,” Wyman said. Under state law, Culp’s campaign has until Wednesday evening to make that request.