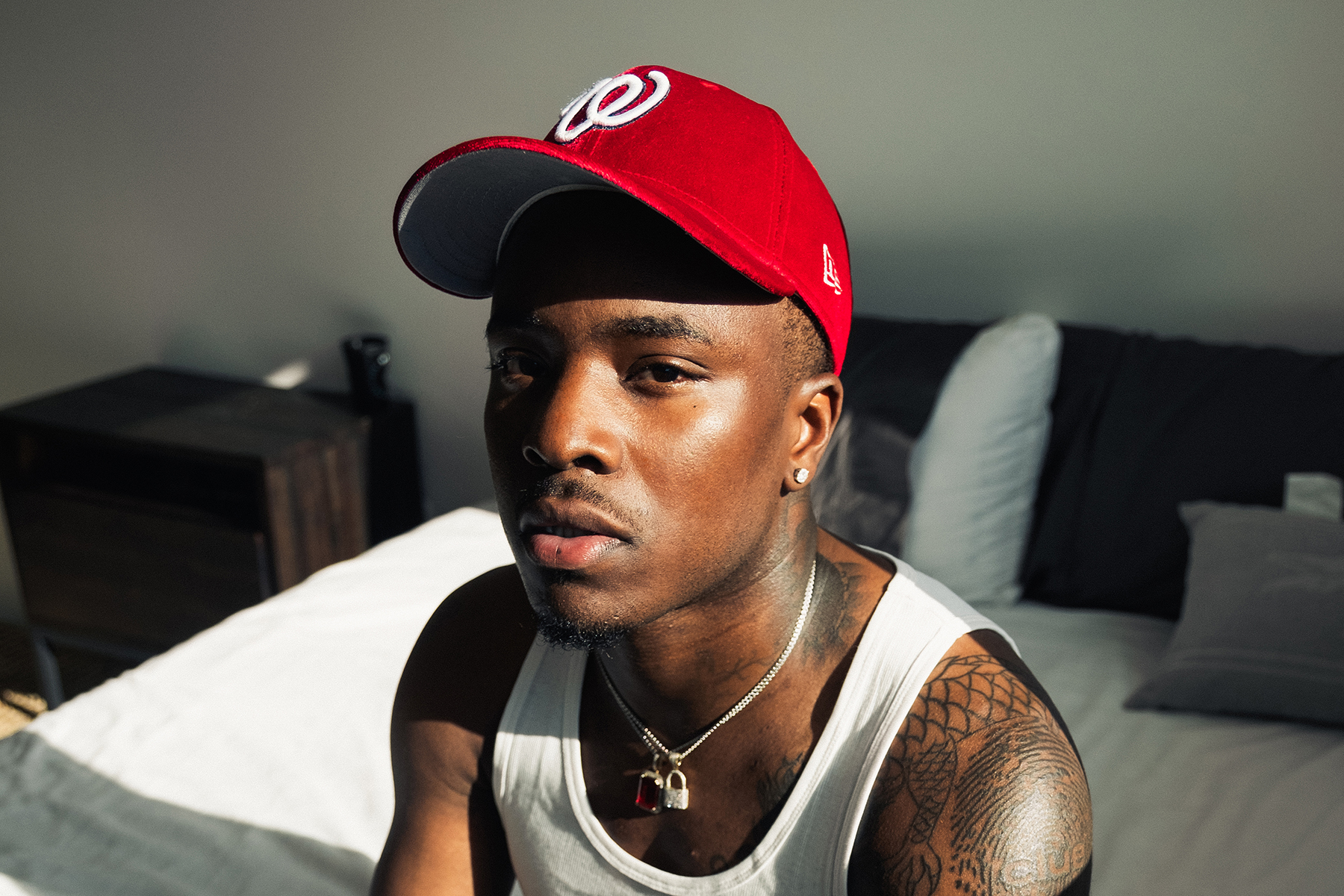 At 28, Jason Aaron Mills, known professionally as IDK, has already seen a lot of what life can throw at a person. Before landing a major label deal, the rapper-producer was incarcerated and struggling to find a purpose. But music propelled him.

IDK — short for “Ignorantly Delivering Knowledge” — wants to ensure the next person in similar shoes doesn’t have to fight so hard. In an exclusive interview with Rolling Stone, IDK announced the launch of “No Label Academy,” a 10-day music business course curated for aspiring industry leaders who aren’t born with silver spoons in their mouths or record-executive relatives.

IDK’s team will pluck just-starting-out musicians, managers, publicists, A&Rs, and others from around the U.S. and invite them to gather at Harvard University’s Boston campus. The rapper and a number of celebrity guests will teach topics including financial literacy, contract negotiations, networking, social media strategy, and mental health. Due to Covid-19’s travel restrictions, the timing and application process are still up in the air, but IDK has been working on the idea for a while now.

“The idea started when I realized how my situation had a lot to do with the odds being against me,” IDK, who just released his new single “2 Cents,” tells Rolling Stone. “I, being a felon and having minimal education in terms of certifications, was still finding a way to create a career that’s not only lucrative, but in line with what I actually wanted to do in life.”

The Maryland-bred artist was arrested for robbery with a deadly weapon at 17. He was in and out of jail four times, serving a total of a year’s time, and worked odd jobs at McDonald’s, Best Buy, and a barbershop in between. After three years of the system’s push-and-pull, he was finally free, and committed to building a new future.

IDK had been learning to rap and writing music in prison. When he got out, he independently released some of the tracks and started to build a buzz online, garnering millions of streams and routing well-attended tours. When he shopped an album around to the majors, he caused a bidding war before signing a deal with Warner Records. He bought his second house this fall so that he could be a bicoastal businessman. “The idea of a felon coming out of prison and trying to be successful is almost like… no, it doesn’t make sense, it’s not real, especially in the area that I’m from,” he says. “It’s not like it’s New York or L.A., where the music industry is prominent. There’s a lot of people with the potential to be like me. I want to find those people and educate them on how to properly go about creating that career in music.”

To create No Label Academy, he teamed up with No Label, a nonprofit media platform focused on showcasing underrepresented stories, whose cofounders Marcelo HD and Miles Weddle had invited him to speak about criminal justice reform at Harvard in February 2020. HD and Weddle had also organized engagements with Travis Scott and Bad Bunny.

On Harvard’s campus in February, IDK pulled HD and Weddle aside and suggested they take the public-speaking program to another level — educating people as well as motivating them. (IDK says he thinks he manifested his own destiny: He recalls texting a group-chat of Warner team members saying he “wanted to teach a class at Harvard” in the fall of 2019.)

The rapper wants to build pipelines for felons as well as a foundation for the BIPOC (black, indigenous, people of color) community. “A lot of record labels are signing a lot of people that may have a big record but are from a certain part of America where they may not have the understanding of how to operate in a corporate setting,” he says. “They don’t know about things like split sheets and getting all your paperwork together. Oftentimes, you’ll see a lot of people from the hood with managers that are just their friends. Their friends have no idea how to operate in a corporate setting — and once the music is not at a certain level anymore, once the label has kind of gotten to a place where they’ve gotten what they need, they leave them.”

Hosting the course on Harvard’s campus was important; IDK wanted to show people that traditional and prestigious institutions could think outside of the box. “If I start with Harvard, I’ll be able to do stuff easily at Howard,” IDK says. “I’ll be able to go to Yale. I’d be able to go to pretty much any school.” And, he adds, “To a lot of people, the idea of Harvard is impossible — just like the idea of being an artist and having a career in music is impossible.”

While IDK will be the course’s main teacher, Harvard Law professor Brian Price has signed on as an advisor. “The music business has many legal and business complexities, and lack of knowledge about how things work is the same as flying a plane blindly through a storm with no reliable instrumentation,” says Price. “I recognized the knowledge gap they’re aiming to fill and I volunteered to advise because I’m always in favor of educating for success.”

Lessons will revolve around “memorable exercises,” not quizzes or tests, because IDK believes it’s easier to learn through experience than crunch-time studying and memorization. At the end of the course, students will be given paths to internships, mentorships, or jobs, though IDK says his team is still ironing out what they can get access to. Furthermore, he plans on signing some No Label Academy artists to Clue, his joint venture with Warner. IDK is currently the only artist on the Clue/Warner roster, and he says he won’t sign anyone unless they complete the program.

The first round of classes is just that — a first round. IDK plans on growing the program into all 50 states and a wide variety of college campuses, and wants it to stick around for many years to come.