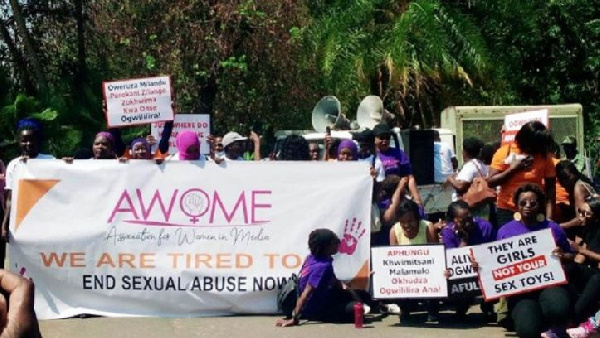 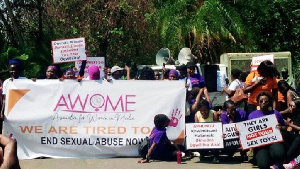 “It is very sad to see people defiling three or four-year-old girls. When you catch anyone, who has defiled a child beat them up. Beat them real hard. Members of the community police and chiefs must do their work. By the time you bring them to the police we should appreciate that you have done a good job on them,” says Malawi’s minister of homeland security Richard Chimwendo-Banda.

Chimwendo-Banda’s remarks have stirred a debate in a country where 1,700 cases of rape and defilement have been recorded between January and October this year, with some human rights activists condemning the minister for promoting mob justice.

Charles Kajoloweka, executive director of Youth and Society (YAS), a local human rights and youth rights Non-Governmental Organisation, says while Malawians are appalled by rising cases of rape and defilement, it is wrong for anyone to advance mob justice. “The minister’s remarks are promoting and defending mob justice. This year alone the country has lost 86 people to mob justice. His calls for mob justice are reckless, childish and disturbing. He should resign,” Kajoloweka said.

He explained that there are better ways of dealing with criminals and perpetrators of sexual violence. Those ways include unleashing the police to pin them down and bring them to a court of law.

Later, Chimwendo-Banda told the media that “Rape and all forms of sexual violence against women and children must be treated as heinous crimes…Malawians at all levels of our society must act with vigilance in apprehending and handing over to law enforcement agencies all perpetrators of this deplorable criminal act.

“The culture of shielding or excusing these barbaric actions must come to an end; community policing structures and local leaders must take a lead in this fight. I did not intend to and do not in any way condone or support mob justice or unlawful of handling of suspects of sexual offences. Any interpretation or suggestion to that effect is regretted.”

In the course of searching for quick answers to increasing cases of sexual violence, officials are prone to such blunders as they balance and walk the thin line between vice and human rights. Barbara Banda, the chairperson of the Non-Governmental Organisations Gender Coordination Network (NGO-GCN), says Chimwendo-Banda was speaking with emotions “like a father who is disturbed on what else could be done after doing so much and nothing seems to be working.”

“The minister is trying to get answers on why we are not changing for the better after so much effort and as NGO-GCN we are frustrated. Emotions are indeed rising and we are looking to what solutions can assist,” she says.

In November this year, a man in the northern city of Mzuzu was jailed for 58 years for defiling three young girls. Thomas Chavula, 58, was convicted on three counts of sexually assaulting an 11-year-old stepdaughter between 2016 and 2019; defiling a three-year-old girl in March 2019 [a daughter of a neighbor], and defiling a nine-year-old girl [a daughter of his tenant].

In his verdict, Judge Thomson Ligowe said Chavula was a danger to society and that “he should be kept away for a long time.”

President Lazarus Chakwera has asked for a speedy trial of defilement and rape suspects. In his weekly address to the nation, Chakwera said the courts should hand perpetrators of rape and defilement stiffer penalties.

A typical case of justice delayed was reported in December 2019 by the Malawi Human Rights Commission (MHRC) after its investigations established that police officers raped 13 women, defiled one girl and sexually assaulted three girls during an operation at trading centers in rural Lilongwe.

While MHRC, Women Lawyers Association and rights groups urged the Inspector General of Police to institute criminal investigations into the matter, one year down the line, the suspected police officers have not been arrested or disciplined. The High Court also agreed with the rights groups that the police officers should be investigated but the Malawi Police Service is yet to comply with the order in full.

MHRC said in its report: “In the course of their operations of clearing the road, controlling the crowds and making arrests, some police officers ventured into the villages and nearby locations, throwing teargas into houses, beating people and breaking into houses and properties therein. As a result, most people especially men and the youth fled their villages to their gardens, leaving the villages deserted.

“Some of the women who were left behind in the village as others fled, or arrived in the villages after the others had fled, in particular Mpingu and M’bwatalika, were met with police officers who violently beat them, raped and indecently assaulted them.”

The report further said most of the survivors did not seek medical assistance in form of medical examination soon or a day after the ordeal and before they washed themselves. The reasons for this ranged from the impossibility of obtaining a referral letter from the police to the hospital to the lack of nearby public health centers and resources to pay for the medical assistance. At the instance of the Commission, some of the survivors went to the hospital for medical examination almost two weeks after the incident.

‘Blame it on patriarchal culture’

Beatrice Mateyo, executive director of the Coalition for the Empowerment of Women and Girls (CEWAG), says a patriarchal culture that remains deep-seated in communities continues to regard women and girls as sex objects hence the rise in cases of rape and defilement.

“You find that when one is raped or defiled society is quick to blame it on the victim because of the way they dressed or the place they were found at the time of the incident. Such a line of thinking is the reason perpetrators think they can commit these crimes and get away with it,” Mateyo says. “Victims are left helpless and reluctant to report to authorities or police because they are, in the first place blamed and condemned by the very people who are supposed to be protecting them.”

She says leaders – traditional, political or religious – should support efforts to uplift the welfare of women and girls in society. A lack of a culture to entrench gender equality is perpetrating sexual violence and equate women to lesser mortals and second-class citizens, Mateyo says.

Mateyo joins the bandwagon of those who think the courts are delaying the wheels of justice and when they tend to deliver justice, “the sentences are too lenient to deter would-be perpetrators.”

On traditional witchdoctors who tell people who seek get-rich charms to sleep with young girls, Mateyo says the long arm of the law should bring them to book.

“These witchdoctors should also shoulder the blame for increasing cases of rape and defilement. They tell people who want get-rich charms to sleep with young girls. They also tell people with chronic illnesses to sleep with young girls to get healed. All this is wrong. The police must get both the perpetrator and the witchdoctor and lock them up,” she says.

Mateyo says the country must introduce a register for perpetrators of sexual violence “so that each time they walk down the street we should tell the world who they really are.”

In her statement on 16 Days of Activism Against Gender-Based Violence [25 November – 10 December 2020], Mlambo-Ngcuka says “for this, we have to shift the stereotypes and attitudes that shame survivors and normalize and excuse the perpetrators.”

Patricia Kaliati, the minister of gender, appeals to civil society and development partners to collaborate with the Judiciary to make sure that all rape and defilement cases are being heard in the residential areas of perpetrators.

“Help us to fund the courts so that case hearings can be heard where they occurred. This can help communities there to appreciate the sentences that are being handed down to perpetrators of sexual violence,” she says.