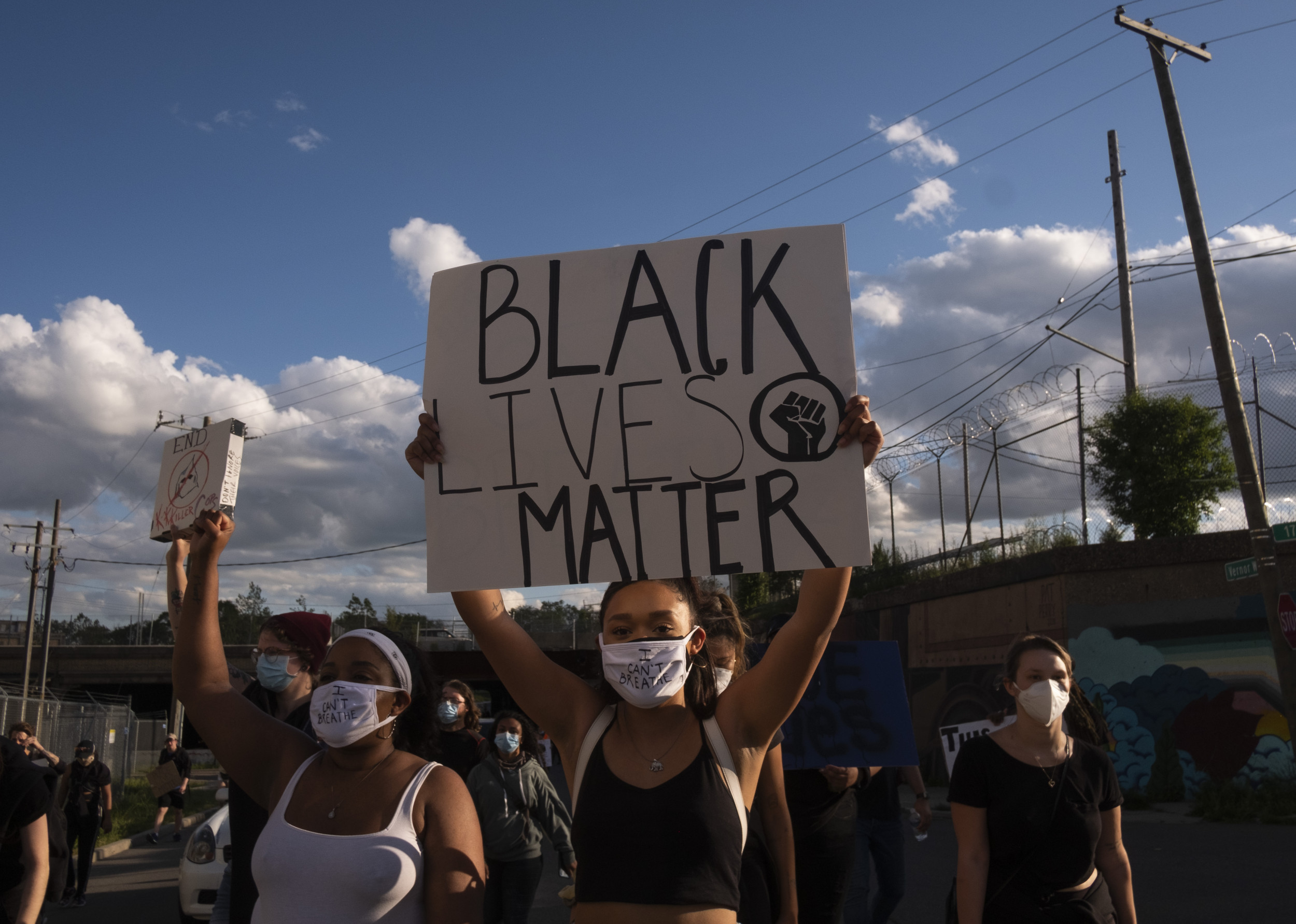 The attorney says he believes the ordinance is unconstitutional as it “indicates that no sign greater than seven square feet, in regards to a political candidate or a ballot issue or initiative. So, this sign is neither.”

Newsweek has reached out to the Grosse Pointe Shores mayor and police department for comment.

In July, a Black Lives Matter mural painted on the side of a downtown store was removed by a nonprofit organization for graffiti removal.

The mural featured an image of former NFL quarterback Colin Kaepernick and the iconic St. Louis Gateway Arch. It also paid tribute to the late George Floyd and the Black Lives Matter movement.

The mural was created by artist Katherine Bernhardt, who bought the building to store her art and painted the mural on sections of plywood used to cover the windows. She wanted to do something to support the movement against racial injustice.

However, officials received a graffiti complaint on the building through the city’s Citizens’ Service Bureau. The complaint was forwarded to Brightside St. Louis, a not-for-profit that is also a division of the St. Louis Department of Parks, Recreation and Forestry.