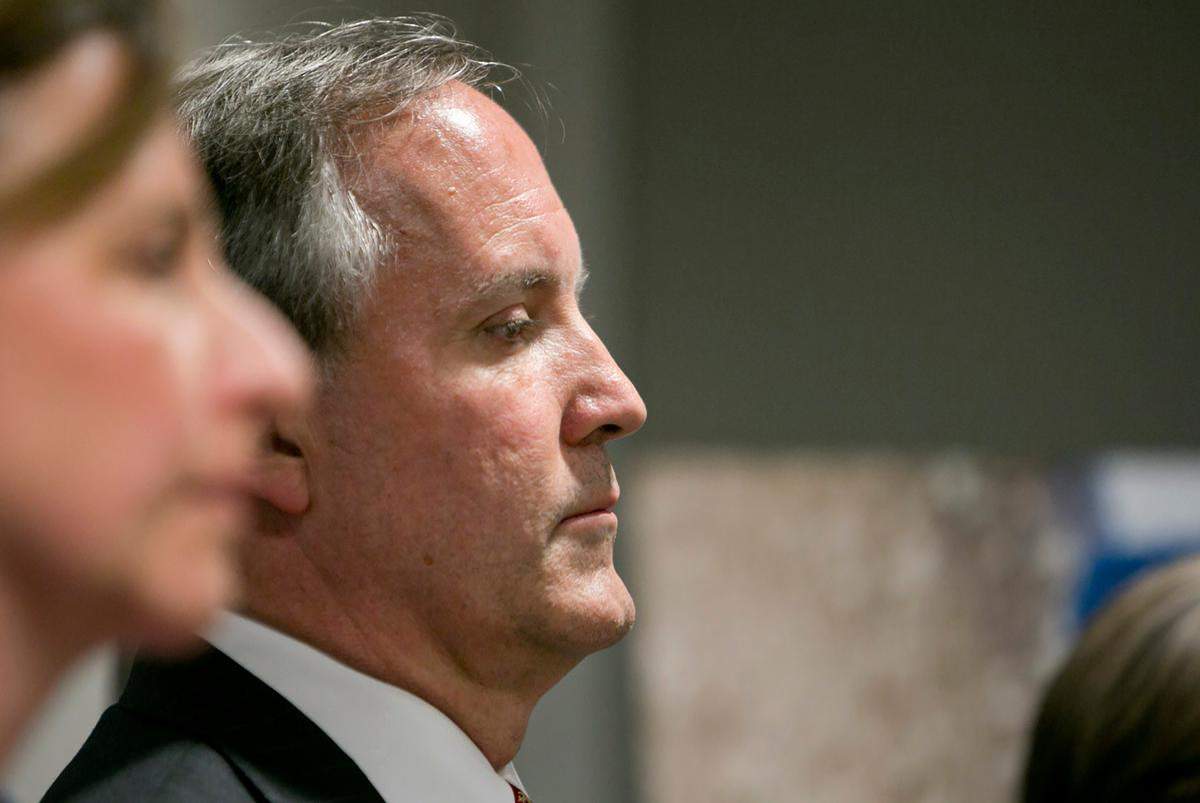 Texas Attorney General Ken Paxton during a press conference in 2017.

The Texas Attorney General’s Office has fired the last remaining whistleblower who alleged Ken Paxton broke the law in doing favors for a political donor — just days after aides had sued the agency alleging they suffered retaliation for making the report.

Deputy Attorney General for Legal Counsel Ryan Vassar — who had already been placed on paid leave — was fired Nov. 17, according to internal personnel documents obtained by The Texas Tribune, making him the fifth whistleblower to be fired from the agency in less than a month. The three others who reported Paxton to law enforcement have resigned.

On Nov. 12, Vassar and three of his former colleagues filed a whistleblower lawsuit against the Texas Attorney General’s Office, claiming they had suffered retaliation after they told law enforcement they believed Paxton broke the law by using the agency to serve the interests of a political donor and friend, Nate Paul.

Joseph Knight, Vassar’s attorney in the lawsuit, said the justification Vassar was given for his termination amounted to “made-up, nonsense reasons” — and that he believes the firing was an act of retaliation. Vassar was hired by the agency in 2015.

Neither the attorney general’s office nor Ian Prior, a political spokesman for Paxton, returned requests for comment on why Vassar was terminated, though Prior has said previous terminations were not acts of retaliation but rather related to policy violations.

The FBI is investigating Paxton over the allegations of the eight whistleblowers, who were all senior aides, the Associated Press reported earlier this month.

Paxton has dismissed the whistleblowers as “rogue employees” and said their allegations are “false.”

According to the lawsuit he and three other top aides filed, Vassar was tapped by Paxton to help carry out favors for Paul. One such instance came when Paxton urged members of his senior staff to release to Paul government documents that should not have been disclosed, the aides claim in their lawsuit.

“Paxton directed Vassar to find a way to release the information. Vassar struggled with this directive because allowing disclosure of the information requested by Paul would overturn decades of settled expectations among sister law enforcement agencies, compromise the [office of the attorney general]’s own law enforcement information, and likely spark innumerable lawsuits challenging the newly announced application of the law,” the lawsuit claims.

Then, Paxton “personally took the file” — including documents that had been sealed by a federal court — and “did not return it for approximately seven to ten days,” the lawsuit claims.

In a statement earlier this month, Paxton said the aides’ “allegations are overblown, based upon assumptions, and to a large degree misrepresent the facts.”

“Unfortunately, these attorneys chose to air their grievances through the media and through the courts,” Paxton said. “We will be fully prepared to address these allegations through the judicial system, if necessary.”

The open records incident is just one example, the former aides say, of how Paxton used the agency to serve Paul’s interests.

The full scope of the relationship between Paxton and Paul remains unclear, but the two sometimes saw each other socially, and Paul gave Paxton’s campaign $25,000 in 2018. Paul also revealed in an unrelated deposition that he hired a woman at Paxton’s recommendation, though he said doing so was not a favor to the attorney general. The woman he hired had been involved in a romantic relationship with Paxton, according to two people who learned of the affair from Paxton in 2018.

The agency took the highly unusual step of intervening in a lawsuit involving Paul and a local charity, and, aides say, Paxton pushed his staff to write a legal opinion that would help Paul stave off foreclosure sales at several of his properties.

Most strikingly, though, Paxton appointed an outside attorney to vet complaints by Paul, who claimed he had been mistreated by numerous state and federal authorities when his home and office were raided by the FBI in 2019. Top aides have said that they found Paul’s complaint meritless, but Paxton seemed unsatisfied with their investigation and hired a Houston defense attorney with five years of legal experience to probe the claims.

Vassar, as a senior aide, played a role in communicating with the attorney, Brandon Cammack, including drafting a contract for him, at Paxton’s direction, the lawsuit says.