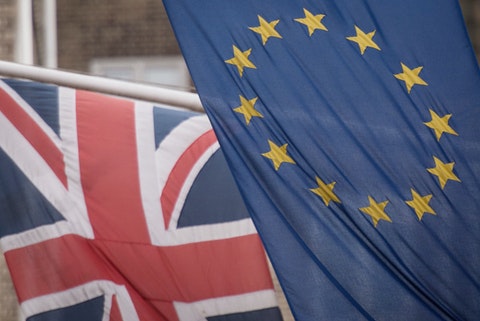 Boris Johnson’s government is set to press ahead with plans that could throw a spanner in the works of post-Brexit trade negotiations.

The Prime Minister is to pursue plans that will allow ministers to tear up the Brexit divorce deal despite the ongoing UK-EU trade talks being at a critical stage.

Under plans that will kick off on Monday, MPs will be asked to reinstate controversial legislation giving ministers the power to break international law by ignoring provisions in the Withdrawal Agreement relating to Northern Ireland.

If MPs back the move it could undo significant work in the trade discussions, unless an agreement can be reached by then.

The move when first reported sent shockwaves throughout the EU, who have already taken the first steps in legal action over the legislation.

The bill, published on 9 September, has become contentious as it overrides parts of the EU’s legal divorce deal, known as the Withdrawal Agreement, which came into effect on 31 January 2020.

The bill was drawn up to ensure trade between all four home nations remains barrier-free after the Brexit transition period ends on 31 December 2020.

Peers voted by a majority of 268 to alter remove the contentious parts of the UK Internal Market Bill, but it is though the Government will still look to override parts of the agreement.

MPs will be asked to reinsert the controversial Northern Ireland provisions into the UK Internal Market Bill after the Lords voted to remove them.

The Government will also introduce the Taxation (Post-Transition Period) Bill, which reportedly includes measures to override parts of the divorce deal struck by the Prime Minister and the EU in 2019.

Talks on a post-Brexit deal are still continuing with Lord Frost and the EU’s Michel Barnier.

The Prime Minister’s official spokesman said: “Intensive talks are continuing in person in London as they have throughout the week, with the negotiating teams continuing to work hard to resolve the differences that remain.

“Our focus remains, and will continue to be, on trying to secure a free-trade agreement, as it has throughout the negotiations.”

He added: “We have been clear that those clauses represent a legal safety net to protect the integrity of the UK’s internal market and to protect the huge gains of the peace process.”

The Taxation Bill will include “measures which are required to prepare for the end of the transition period”.

Preparing for no deal?

It is thought that continuing to undermine the Withdrawal Agreement could not only result in further legal action but also crush any negotiations with the EU.

“That’s the one area where we really would urge the Government to give us some clarity and to allow us to prepare even better for the end of December.”

Fishing and the so-called “level playing field” aimed at preventing unfair competition on state subsidies and standards remain the main issues to be resolved in the talks.