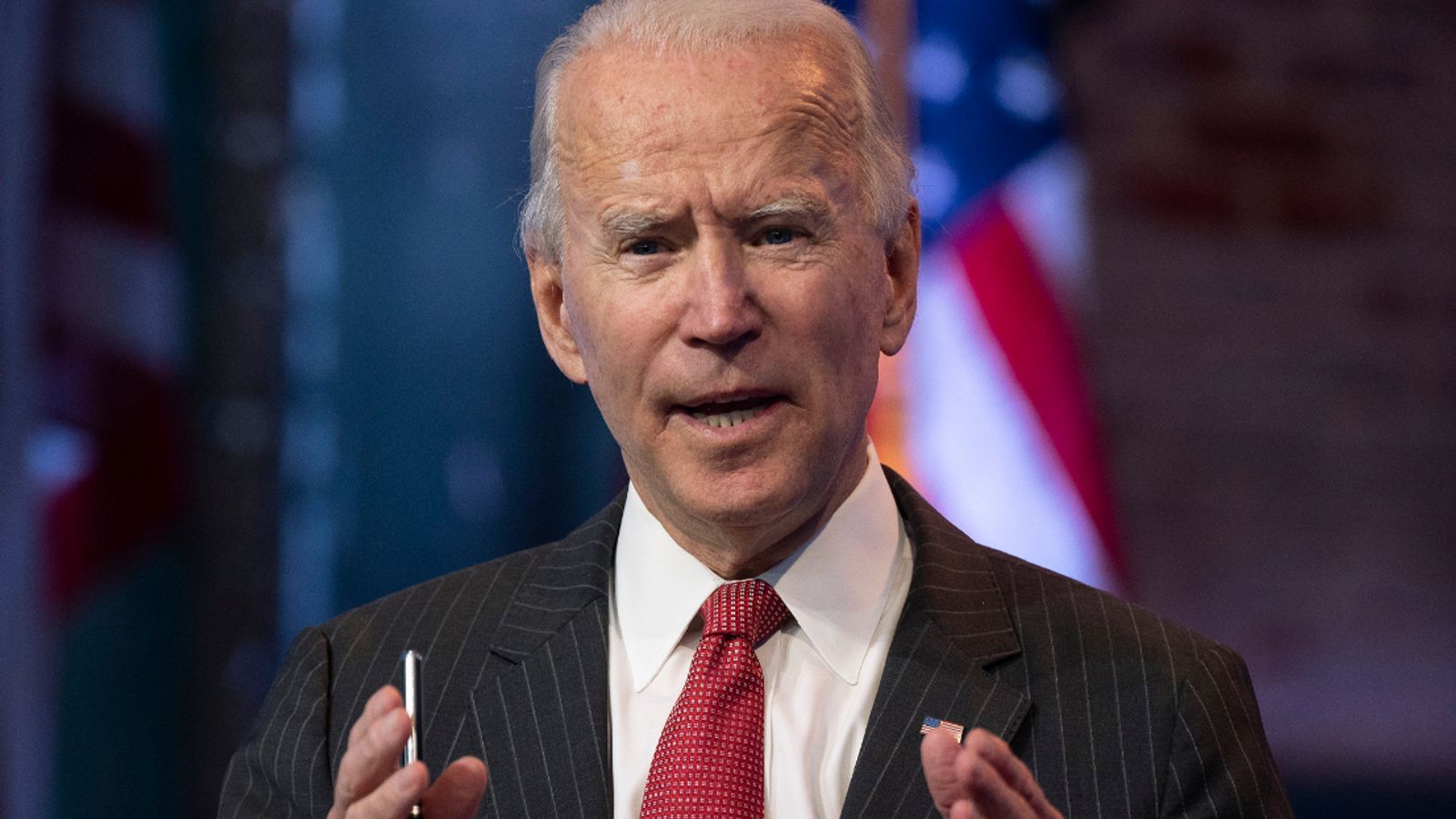 The EU has thanked US president-elect Joe Biden for his “clear support” amid the bloc’s dispute with Britain over Boris Johnson’s controversial Brexit legislation.

The legislation seeks to allow ministers to override parts of Britain’s divorce deal with regards to Northern Ireland, which was agreed last year.

In a phone call on Monday, European Council President Charles Michel congratulated Mr Biden on his victory over Donald Trump in this month’s US election.

Mr Michel also “thanked the president-elect for his clear support regarding the implementation of the Withdrawal Agreement the EU concluded with the UK last year”, an EU statement said.

“This agreement preserves peace and stability in Ireland and fully respects the Good Friday Agreement,” it added.

During the row over the Internal Market Bill between the EU and UK, Mr Biden has previously warned about Northern Ireland’s Good Friday Agreement becoming a “casualty” of Brexit.

He has also said a US-UK trade deal “must be contingent upon respect for” the Good Friday Agreement and “the return of a hard border” on the island of Ireland.

Mr Biden’s office said he “reaffirmed” his support for the Good Friday Agreement in a phone call with Mr Johnson earlier this month, following his election victory.

Please use Chrome browser for a more accessible video player

The prime minister and his fellow ministers have repeatedly insisted the Internal Market Bill is “critical” to ensuring the unfettered access for goods from Northern Ireland to the rest of the UK, and to protect the Good Friday Agreement.

The House of Lords was due to continue its consideration of the legislation on Monday, with peers having already voted overwhelmingly to remove the section of the bill that would allow ministers to break international law.

But the government has vowed to reinstate any parts of the bill that are removed by the Lords, when the legislation returns to the House of Commons.