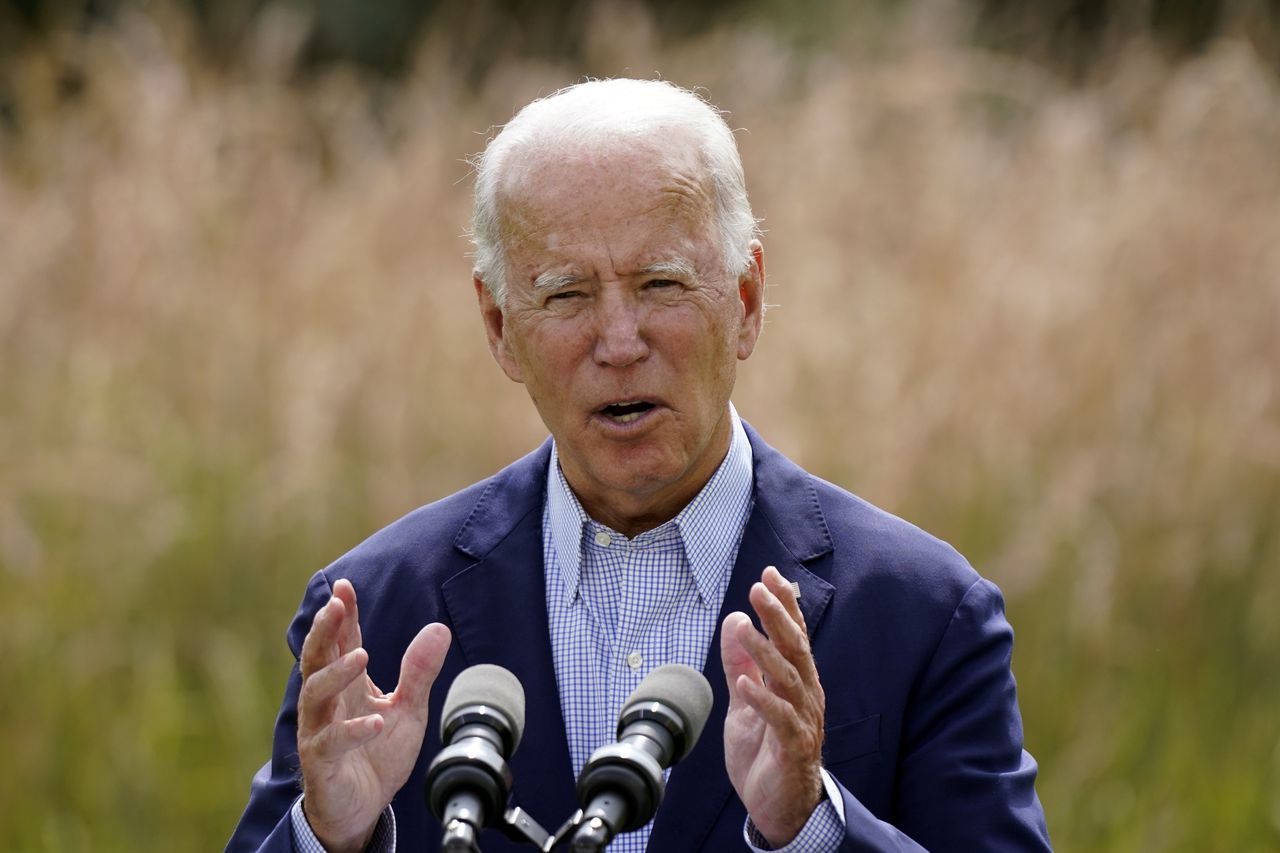 “It’s a sweeping, aggressive plan, and also has a focus on creating clean energy jobs and taking care of communities suffering from environmental injustice, and so that I think is really positive.”

While Republicans have fought against aggressive climate change measures, like the Green New Deal, environmental groups are excited about Biden’s plans to address climate change, not only because of its environmental impacts, but because it could mean jobs for the state.

Biden’s environmental plan ahead of his election included going after fossil fuel companies for polluting, ensuring the U.S. gets to a 100% clean energy economy with net-zero emissions no later than 2050, and “fully integrat[ing] climate change into our foreign policy and national security strategies, as well as our approach to trade.”

It’s a far cry from the Trump administration, which favored rollbacks of environmental regulations and, critics say, not policing polluters aggressively enough.

Requests for comment from the EPA’s Region 5, which covers Michigan and the Great Lakes, were not returned.

“If these rollbacks of the Trump administration were to continue and not get reversed by new administration, future administrations would be struggling to give people the clean air and clean water they expect,” said Anne Mesnikoff, federal legislative director for the Environmental Law and Policy Center (ELPC).

“There’s certainly years lost in addressing climate change from the Trump administration, and that we can’t get back,” she said.

A shift to clean energy means, “jobs, jobs, jobs,” said U.S. Congressman Andy Levin, D-Bloomfield Township. The focus on clean energy jobs by the future Biden administration, especially when it comes to electric vehicles, could be beneficial for Michigan, he said.

“I think that what America needs to do, to deal with climate change, has tremendous possibility for rural areas in energy production, in solar, in wind, in energy storage, and transmission, and in electrification of vehicles,” Levin said.

Electric vehicle production and clean energy storage are two areas that Howard Learner sees Michigan benefiting from when it comes to job creation.

Environmental groups, Consumers Energy, Gov. Gretchen Whitmer, and others working to create more solar energy projects in Michigan will have a willing partner in the White House, and that “is likely to be very helpful,” Learner, executive director for the ELPC, said. And the jobs are not just a shift from non-renewable energy sources to clean energy sources, but a net gain in new jobs for Michigan, he said.

A study by the ELPC found 316 companies in Michigan are already engaged in the clean energy industry supply chain, either via wind or solar or both. Michigan currently has 125,365 clean energy jobs, according to Clean Jobs Midwest, most of them in energy efficiency and advanced transportation.

Biden doesn’t just want create clean jobs, he wants to go after polluters and increase regulations, which environmental groups say would be a welcome change. But those plans to attack climate change could be stymied by a Republican-controlled Senate if Democrats don’t get the two seats up for runoff election in Georgia.

“I look at the number of rollbacks, it it is quite astonishing in what they were, in what the Trump administration was able to cut back. And it has weakened the EPA, and that’s a negative thing for the American public,” Kirkwood said.

Trump used a mix of executive orders and regulatory changes put in place by his administrative agencies to undermine and cutback Obama Era environmental changes.

With a Republican-controlled Senate, “it’s hard to know how this all will shake out, without the kind of, legislative majority that the Biden administration needs to overcome the rollbacks,” Kirkwood said.

Executive orders are a “tried and true” way for presidents to work around an unfriendly Legislature, she said, but that has limits without Republican support in the Senate. But if the administration goes too far with new agency rules and executive orders, they could face a wall with the Supreme Court, which now has a majority of justices appointed by Republican presidents.

“I think agencies are going to have to be very careful,” Kirkwood said. “Because with a conservative leaning Supreme Court, we’re going to see that efforts to kind of loosely interpret the law will both be challenged, and have the potential to really be slapped on the wrist, and say that those agencies are acting as legislators and not as administrators and regulators.”

Focusing on clean energy as job-makers could be the way to win over skeptical Republicans.

“I think that there’s hope there. But right now, it’s a pretty stark divide,” Levin said. He’s optimistic that, even with a Republican-controlled Senate, there will be progress towards climate change initiatives. He said from the wildfires in California to the floods in Michigan, people are starting to realize that climate change “is not a future issue anymore.”

“Any young person, regardless of party, you know young Republicans, are way more accepting that we have to deal with climate change than older ones,” he said. “So over time, this is only going to get better and better. The problem is, we have no time to wait. We have to act right now.”

“Millennial and Gen Z Republicans – those currently ages 18 to 39 – are more likely than their GOP elders to think humans have a large role in climate change, that the federal government is doing too little on climate and that the U.S. should focus on developing alternative energy sources,” the center said. Forty nine percent of those Millennial and Gen Z Republicans surveyed between April 29 – May 5 said the federal government is doing too little to reduce the effects of climate change, while only 25% of Baby Boomer and older Republicans said the same thing.

The goals include reducing greenhouse gas emissions by 26-28% from 2005 levels by 2025. In September, Whitmer signed an executive order aimed at making the state’s economy completely carbon neutral by 2050.

Michigan environmentalists say moves like Whitmer’s, combined with a White House that supports and aggressively pursues climate action, are the only way forward, for the public health, economy, and environment of Michigan as well as the U.S.

“We’re going to have to accelerate progress, and the Trump administration has put us behind,” Shriberg said. “It’s made the U.S. a global pariah on this, but it’s also, increased our missions over time. You can’t just take those back. So we’ve got a lot of work to do on climate just to make up for the last four years, let alone moving forward.”

The US is officially out of the Paris climate agreement. Here’s what that could mean for Michigan

Michigan’s environmental issues drowned out by COVID-19, the economy during 2020 campaigns

Trump casts self as Great Lakes champion, but his policies may do lasting damage