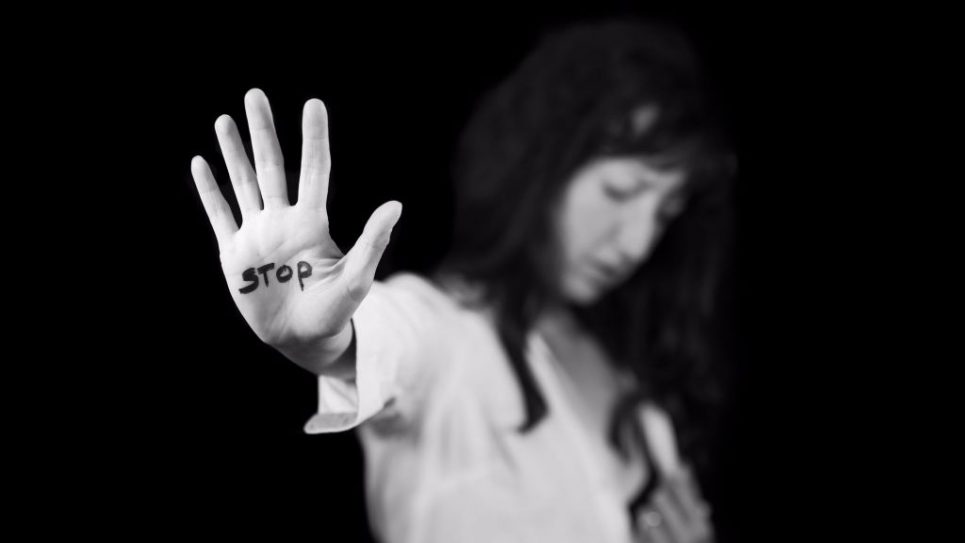 This story is about one woman, but it is also about every woman.

A few months ago, Nitzan Caspi-Shilony, an attorney at the Center for Women’s Justice, stood in a rabbinic courtroom alongside a woman who had been trying to divorce her husband for the past six years. Armed with piles of documentation, Caspi-Shilony told the dayanim — the panel of three rabbinic court judges presiding over the divorce proceedings — of the terror the woman faced in the constant shadow of her husband’s physical and emotional abuse. She showed them proof that the woman had lived in a domestic violence shelter, supported by years’ worth of documents from social services demonstrating the severity of their case. Now, rehabilitated and ready to put this nightmare behind her, all the woman wanted was to be legally divorced from the man who had made her life a living hell.

“After I presented all of the arguments and documents,” recounts Caspi-Shilony on the CWJ podcast Mevakrot Be’Rabanut, “one of the dayanim looked me straight in the eye and asked, ‘But what are her grounds for divorce?’”

There are myriad factors that keep women from leaving violent relationships: fear; feeling like they somehow deserve the abuse; financial dependence; familial expectations; children; isolation and lack of support. But in Israel, there is one final barrier preventing women from breaking free from their abusers: the state.

Because there is no civil marriage or divorce in Israel, the only way for Jews to obtain a legal divorce is via the state-operated rabbinic courts, which conduct divorce proceedings in accordance with their interpretation of Jewish law. Jewish law — and consequently, Israeli law — states that a divorce only takes effect once a man grants his wife a religious bill of divorce called a get. While the husband wields exclusive power to grant or withhold this get, the rabbinic court judges may compel the man to grant it by levying sanctions of varying severity. But they will only intervene once the woman proves sufficient grounds for divorce. And, as the case above painfully illustrates, domestic violence does not always clear that bar.

One would imagine that in a democratic country in the 21st century, cases of extreme violence and even attempted murder would convince a court that a woman deserved freedom. Let’s look at another court decision, this time from the Ashdod Rabbinic Court in 2018.

At the time that the dayanim wrote their ruling, the wife had been in and out of the rabbinic court system for 14 years. During that time, the husband had been criminally convicted for domestic violence on numerous occasions and had even served several prison sentences. The following is a direct quote (translated from the original Hebrew) from the rabbinic court’s description of just one of the events leading up to their decision:

The husband physically attacked the woman and threatened to murder her. The man did not simply threaten her with words, but also picked up a knife from the kitchen and came towards her. After she fled the room, he chased her (without the knife) and began dragging her to the place where he had left the knife. The woman was saved by their children, who prevented the man from completing the deed. Later on, the man also attacked the police officers who were called to the apartment.

“There is no disputing that violence is the man’s permanent mode of behavior,” the dayanim continue. They underscore that the woman’s life was in danger: had help failed to arrive in time, they venture, “the event would have most likely ended in tragedy.”

And yet, they conclude, none of this constituted grounds to compel the man to give a get. The mere threat of murder does not necessarily prove actual intent to murder, the dayanim explain, citing an earlier ruling on a similar case. “The assumption that a person may threaten to kill without having the intention to actualize those threats is premised on the notion that we do not suspect Jewish men of violating Torah commandments by killing people.” It was, therefore, inconclusive as to whether the woman in this case was in sufficient danger for the rabbinic court to intervene on her behalf. “In the case at hand, we cannot say with high enough certainty that the man proved to be a real danger to her life… Even during this recent incident, in which the man lifted a knife during the fight, we cannot conclusively say that the man did, in fact, intend to physically harm the wife.”

For domestic violence to really count, it seems, the woman must be able to accurately verify her own imminent murder.

It is important to note, Caspi-Shilony adds, that the rabbinic court is not a criminal court that deliberates whether or not the man committed a crime. Criminal courts must exercise an abundance of caution, and rightfully so, since the defendant’s basic right to freedom will be taken away if he is convicted. The rabbinic court, in contrast, deals not with the question of taking away the man’s rights, but rather with granting the woman hers: does the woman have the right to go free, with the benefit of the rabbinic court’s intervention? In cases of domestic violence, the answer is, most often, no.

This dangerous dismissal of violence against women — by the state no less! — doesn’t just hurt the women who find themselves stuck in the rabbinic court, unable to divorce abusive partners; it hurts every woman in Israel. It reinforces a culture that legitimizes violence. It compromises our democracy.

How can we trust the state to take active steps to protect women when there’s no consensus within our own justice system that domestic violence should be taken seriously? How can we expect women and girls to believe that they are entitled to leave violent relationships when our courts tell them otherwise? How do we educate boys and men that it is never okay to beat women when an article by Dayan Avraham Sheinfeld, published just a few years ago, maintains that “We must examine each incidence [of domestic violence] on a case-by-case basis whether it was justified based on the circumstances”?

November 25th marks the International Day for the Elimination of Violence Against Women. This year, with the number of cases of domestic violence exacerbated by the global pandemic, our response is more critical than ever. It is not a day for sad reflection or vague calls for empowerment. It is a day for identifying and dismantling the invisible systems all around us that perpetuate violence.

Our lives literally depend on it.

Listen to the full Hebrew episode of the Mevakrot Be’Rabanut podcast, hosted by Nitzan Caspi Shilony and Rivkah Lubitch of the Center for Women’s Justice.

Rachel Stomel is a literary translator, graphic designer and slam poet. She is passionate about social justice in the Jewish community, with a special focus on women’s rights and issues of religion and state. She is the English communications director for the Center for Women’s Justice, a legal advocacy NGO advancing the civil and religious liberties of Israeli women.