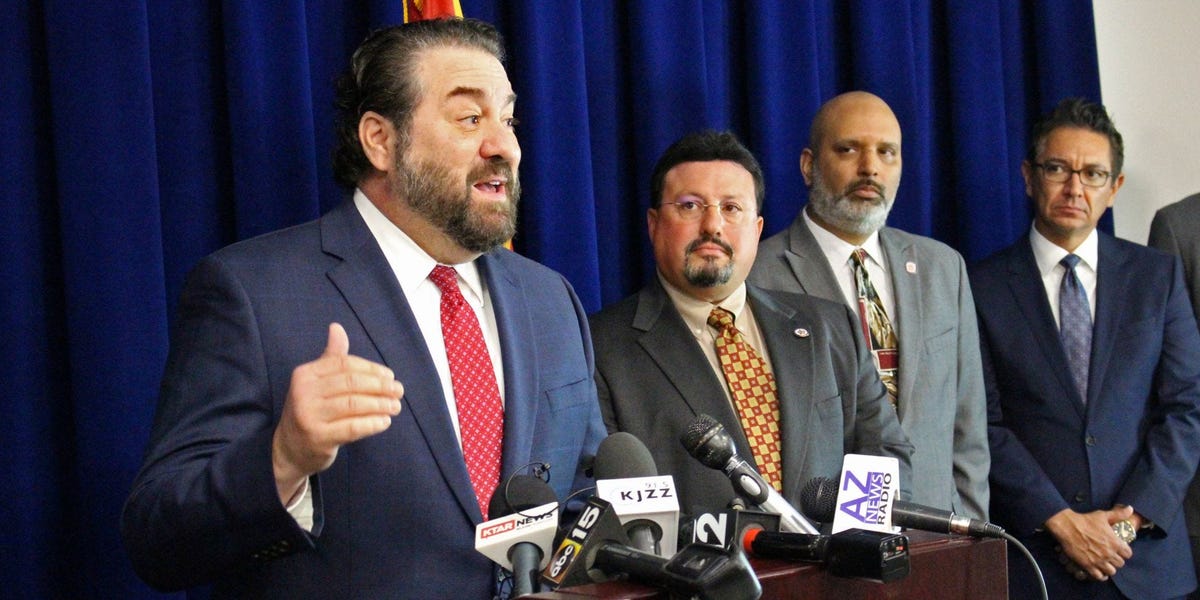 A married couple in Phoenix, Arizona, is being sued by the state’s attorney general in a consumer fraud case where they are accused of defrauding potentially thousands of people out of more than $1.6 million.

Smith and Butler threatened to freeze bank accounts, suspend driver’s licenses, garnish wages, take away tax returns for possibly thousands of unpaid debts, according to a criminal complaint. They have also been accused of masking their real phone numbers with those of courthouses and sheriff’s offices more than 65,800 times to convince people that the calls were legitimate.

The lawsuit comes as a result of an investigation by the attorney general, the Federal Trade Commission, and more than 50 other federal and state law enforcement agencies. Victims of the scams had filed complaints with the FTC, Better Business Bureau, and the Consumer Financial Protection Bureau.

The lawsuit calls for the defendants to pay restitution of $1.6 million to victims and $31.7 million in fines. Smith and Butler would also face a lifetime ban from working in debt collection.

There have been more than 86,000 complaints filed in 2020 related to debt collection, according to the FTC. About 45% of those complaints relate to abusive and threatening debt collection practices and calls about debts not owed.

In September, the FTC announced Operation Corrupt Collector, a nationwide crackdown on debt collection scams. Currently, the effort involves more than 50 actions from the FTC and state cases filed by law enforcement in 16 states including Arizona, California, Massachusetts, North Carolina, and New York.

There are several red flags to identify debt collection scams. Authorized debt collectors are not allowed to threaten jail time or pose as a government official, according to the FTC. They’re also not allowed to harass people with repeated phone calls. Debt collectors must verify the debt by providing information like the name of the original creditor and the total amount owed.