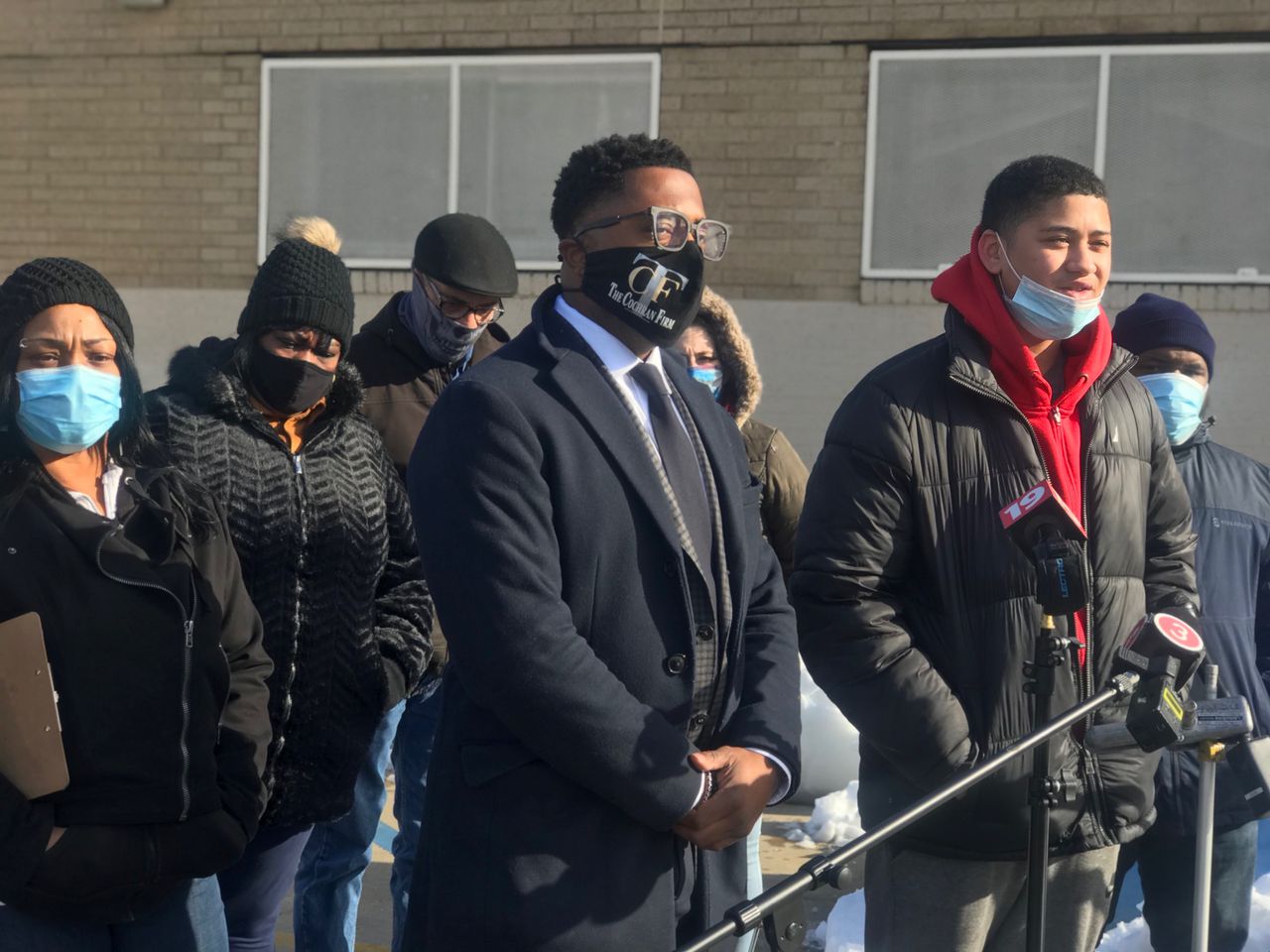 CLEVELAND, Ohio — An attorney for the family of a 19-year-old man shot and killed by a Cleveland Municipal Housing Authority police officer questioned why city police wouldn’t release videos of the incident to the public.

In a press conference Thursday at the Boys & Girls Club near the site of the Nov. 13 killing of Arthur Keith, Attorney Stanley Jackson of The Cochran Firm named CMHA officer James Griffiths as the shooter. CHMA officials have not returned calls seeking confirmation of Griffiths’ involvement in the shooting or whether he remains on paid or unpaid administrative leave pending the outcome of Cleveland police’s ongoing investigation.

“I just want justice,” Keith’s teary-eyed sister Shantarita Hawkins said at the press conference. “He didn’t deserve to be shot and killed in a neighborhood where he was born and raised. Now me and my family have to go everyday without seeing my brother.”

It has been nearly three weeks since the officer shot Keith in front of 6200 block of Haltnorth Walk beneath a CMHA surveillance camera. Stanley says he has a personal video of the shooting, but his firm wouldn’t release it or file a lawsuit until they authenticate all the information regarding Keith’s death.

“They know they would be scathed if they release the video, but we are going to be relentless and turn the heat up in getting it released,” he said.

Like others, Jackson said he doesn’t believe the cameras work. He says the Cleveland police department has not responded to his laundry list of requests, which some items include dash cam footage, surveillance from the CMHA cameras, and an autopsy.

On Monday, CMHA Police Chief Andres Gonzalez sent a statement to cleveland.com that said, “The Network Video Recorder for cameras in the vicinity of the shooting is being held in evidence. All questions about the investigation, including those about cameras or video, should be directed to Cleveland.”

Cleveland police did not respond to the request, but responses from earlier requests by spokeswoman, Sgt. Jennifer Ciaccia stated that “the matter is an ongoing investigation.”

CMHA also declined multiple requests from cleveland.com to provide the surveillance footage, a public document, saying that the housing authority turned over the device that stores video to police.

CMHA chief of staff Jeffrey Wade, who serves as special counsel for CEO Jeffery Patterson, said in an email response to the records request that “CMHA does not have possession of the device on which records if any exist, would be stored.” He said it was up to Cleveland police to decide whether to release any of the videos to the public, despite the fact nothing under Ohio law would forbid CMHA from doing so since the video belongs to the housing authority, and because CMHA’S police department isn’t the investigating agency for the shooting.

Keith’s family and neighborhood witnesses joined attended the press conference. A 15-year-old near the scene of the shooting said he is suffering from trauma and told the assembled media Thursday that he did not see Arthur with a gun and heard the officer fire at least five gunshots.

On Nov. 13 after the shooting, a press release sent out by Cleveland Mayor Frank Jackson’s office said that the officer said Keith had a gun, but a list of witnesses including children who saw the shooting said Keith was sleeping in a van before he woke up, saw the officer, and ran. The mayor’s statement said that the van had Illinois plates and investigators suspect it was used in a previous homicide.

The young witness also told the media that an officer put Keith in handcuffs after the shooting. Jackson says this act from the officer illustrates how some CMHA police officers treat residents in the community.

“People tried to offer help, but the police wouldn’t let them,” Stanley Jackson said. “They could’ve done more to save his life.”

At another press conference held Thursday to address the response to the May 30 riots in downtown Cleveland, a reporter asked Williams about the status of the investigation into Keith’s shooting.

“I don’t have an update of where they’re at with that investigation,” Chief Williams said. “They would present the case to the Cuyahoga County Prosecutor’s Office to review whether the shooting warrants criminal charges.”

Starr is hoping that the partnership the Boys & Girls Club holds with CMHA will help provide answers.

CMHA officers visit the Club often to build relationships with children in the community. The officers give the children a chance to speak their minds and tell them what they would like to see in the neighborhood. Keith was very vocal at the meetings. During the conference, Stanley Jackson stated that Keith knew the officer who shot him.